The 10 best luxury trains travels in the world

An extraordinary journey awaits you when you embark on a luxury train tour. The romance of the rails is in every detail.

From Peru to Japan, new and newly refit locomotives are chugging along the rails, treating passengers to local gourmet cuisine in white-tableclothed dining cars, five-star service in sleeping suites, and old-fashioned globe-trotting camaraderie with other guests around the bar and glass-walled observation cars.

Step aboard rail cars from the golden era of train travel that were lovingly restored to their original luster. Settle into well-appointed private accommodations.

Also, revel in first-class services from start to finish including comfortable lounge cars perfect for meeting fellow travelers or enjoying a nightcap, and attentive onboard staff available to meet your every need. Join us and get to know the ten best luxury trains in the world.

South America’s first luxury sleeper train, the new Belmond Andean Explorer, follows one of the highest rail lines in the world. The one- and two-night journeys embrace the Peruvian Altiplano, Lake Titicaca, and the Sumbay Caves, with links to Cusco and Arequipa. The 24 cabins are roomy and stylish, with handwoven fabrics and the soft tones of alpaca wool. 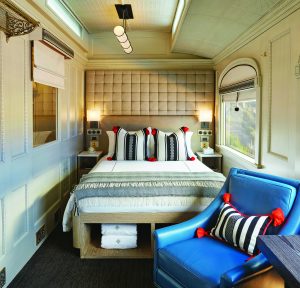 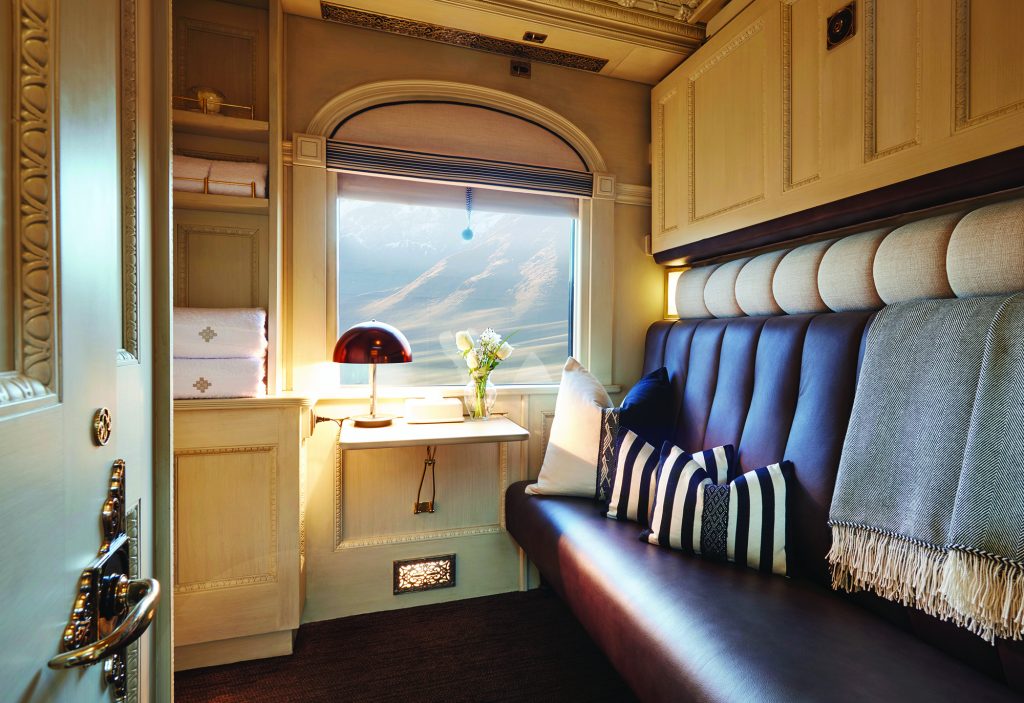 The one-, two- and three-night journeys on this new ultra-luxury train take guests deep into the beauty of the eastern Japanese countryside. The cabins are all proper suites, outfitted with modern Japanese furnishings and materials. The white-tablecloth restaurant serves refined regional cuisine, the lounge and observation cars are full of wide windows, and the crew serves as butlers and concierges.

Built during 1890 as the Royal Train for King Dom Luis I, this train took on this incarnation two years ago, after a theater producer invested €1 million in a two-year restoration. It’s now his love letter to Portugal. On full-day journeys through the Douro Valley, Portuguese food and wine especially important. A different Michelin-caliber chef cooks each weekend it runs, and the one lengthy stop is at a winery. 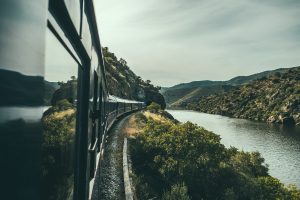 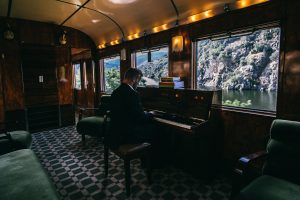 Photo: courtesy of The Presidential

The best-known of India’s luxury trains, the Maharajas’ Express takes 88 guests at a time on a four- or eight-night odyssey through the county’s most fascinating places, Jaipur, Varanasi, and Goa among them (and of course the Taj Mahal). The cabins have a classically Indian design, and the two fine-dining restaurant cars, bar, and lounge are downright opulent. However, there are plenty of reasons to disembark: the train makes stops for elephant polo matches and evening Aarti rituals at the bathing ghats of the Ganges. 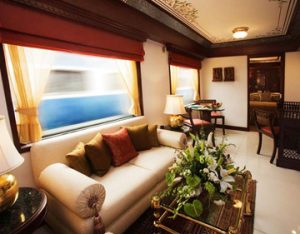 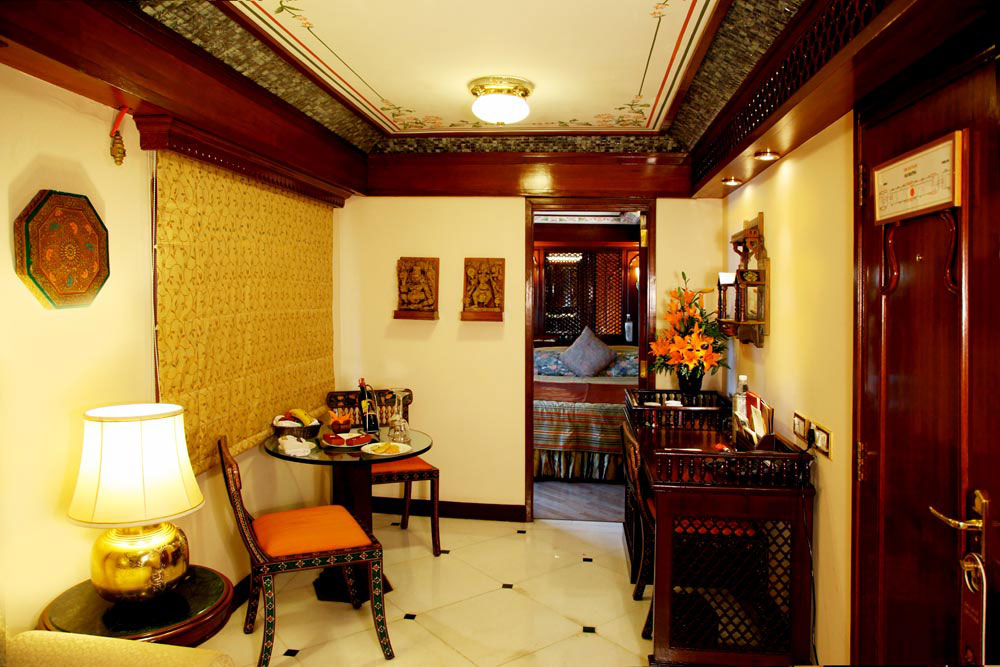 The historical name Orient-Express is pretty much synonymous with “ultra-luxury train travel.” While not the same train, Belmond’s luxury carriages, which run from London to Paris, Venice, and Istanbul, are getting an upgrade in March. The three new Grand Suites with private bathrooms and showers and 1920s-style Art Deco interiors that reflect the spirit of those cities. Think embossed leather for Istanbul, chic furnishings for Paris and handcrafted Venetian glass.

An icon of South Africa, the Blue Train has been taking guests from Pretoria to Cape Town for 70 years. The nearly 1,000-mile journey is 31 hours of indulgence, with spacious cabins, five-star service and cuisine, an award-winning wine list and 24-hour butler service. It’s an environment where people still dress for dinner—jacket and tie required—and while champagne and caviar aren’t included in the rate, they’re available. The Blue Train also makes a one-way 19-hour overnight “rail safari” as part of a package that combines the train with one of the safari lodges in the Greater Kruger and Sabi Sands areas.

Since 1929, the Ghan is one of the world’s greatest rail journeys. Over the course of four days, it travels from Darwin through the red center of the outback to Adelaide. There are plenty of stops along the way for Northern Territory adventures, such as hiking through canyons and taking camel rides. Back on board, there are artfully prepared meals of local specialties such as barramundi and kangaroo, craft beer and some of Australia’s best wines. Platinum class guests enjoy three five-course meals a day.

The Canadian, VIA Rail, Canada

Over the course of three days, the Canadian winds its way through the magnificent mountains, prairies and lake country between Vancouver and Toronto. During the day, guests dine and relax in panoramic cars with clear ceilings. These are better to take in those stunning views.

Another instance of time travel back to the 1920s golden age of rail travel. The social carriages and cabins on El Transcantábrico Gran Lujo add up to an authentic five-star hotel on rails, with the 21st-century essentials (like private bathrooms). The eight-day journey from Santiago de Compostela to San Sebastián is a celebration of the Spanish landscape, gastronomy, culture, glamour, entertainment, and relaxation.

The Golden Eagle, Russia and Mongolia

The Trans-Siberian Railway has long appealed to aspiring Paul Therouxs and the backpacker set, but the typical approach to riding it is hardly luxurious. That’s why the classic Trans-Siberian route from Golden Eagle is so appealing. The two-week journey traverses more than 6,800 miles from Moscow to Vladivostok, with a detour along the shores of Lake Baikal into Ulaanbaatar, Mongolia. Luxury highlights include a private viewing of the Kremlin, a glass of Champagne with one foot in Europe and the other in Asia at Yekaterinburg, and a traditional Russian cooking class in Irkutsk, “the Paris of Siberia.” New in 2018, the BAM Explorer takes guests even further into little-explored parts of Siberia.