Final of TN21 has Celso Neto saying goodbye to the series

Driver and Team prepare to debut in the Stock Car Series, in the second half of 2022.

AMED/Brandão Motorsports was created this year and has bold goals. The team’s main driver, Celso Neto, will participate in the access category for the Stock Car Pro, the Stock Car Series (formerly Light), in the second half of this year. 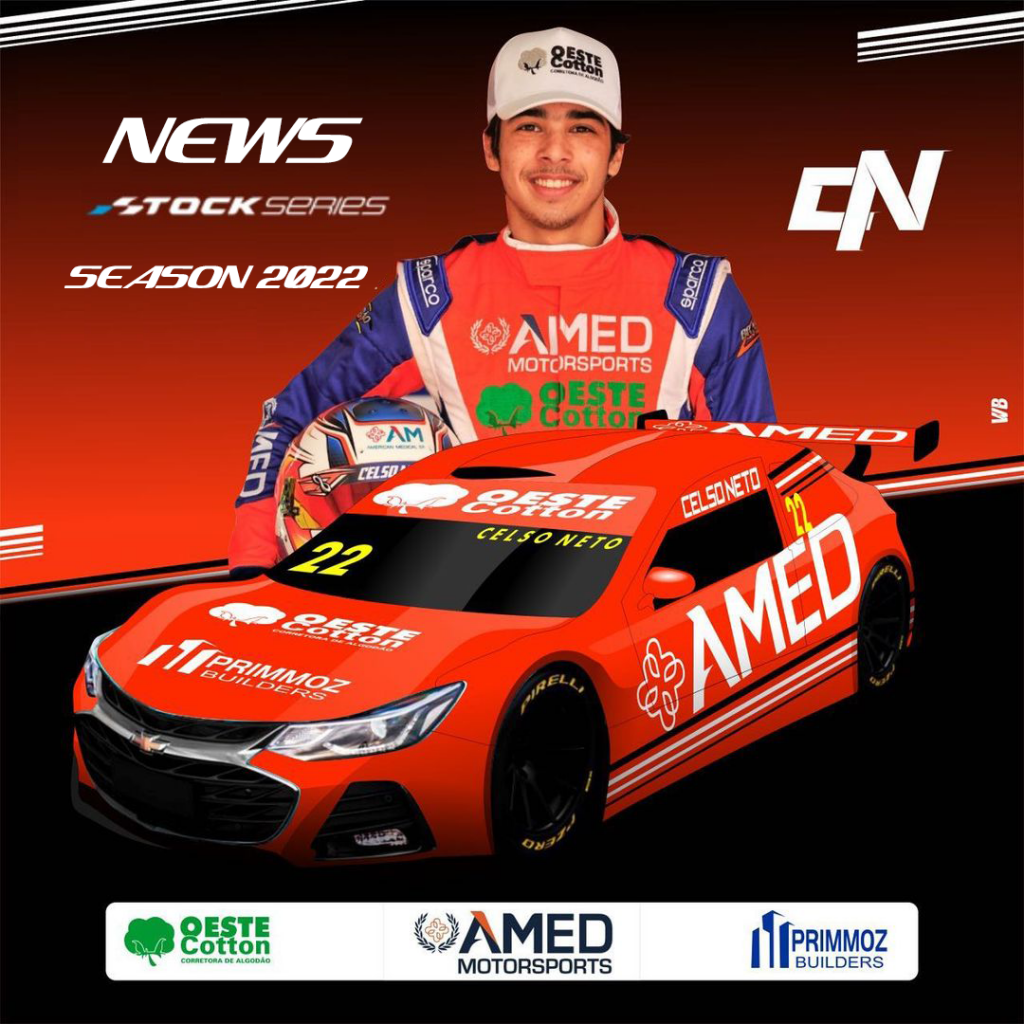 In addition to the commitment this Sunday (13) in Interlagos/SP, at the end of the 2021 National Tourism season in races 2, 3, and 4, the driver guarantees to participate in some sporadic stages of the 2022 season and promises that he will never abandon the category that revealed him to the national motorsport stage.

This Saturday (12) the driver of car #22, who lives in the USA, got an 8th place in a beautiful recovery race, where he won more than six positions. He qualified in fourth place during qualifying, just two tenths off the leader.

In the 2021 season, Celso Neto was champion of the Mid West Cup in advance and in the National Tourism “Super” Professional division there were 6 races and 2 podiums conquered, a feat never before achieved by a 17-year-old pilot, which resulted in him being the revelation driver of the Championship.

“We are the result of Vicar’s beautiful project to unite National Tourism with the Stock Car platform, thus strengthening both categories. Celso Neto has a lot of talent, he will do some adaptation races in the Stock Car Series this year, for then in 2023, do the whole season”, revealed Hélio Brandão, head of the team.

The driver’s teammate at AMED/Brandão Motorsports, Ricardo Raimundo, competing with car #74, managed to take 7th and 3rd position between category A and B in this Saturday’s races.

Celso Neto was born in Salvador/BA, to a mother from Bahia and a father from Pernambuco, he has roots in the northeast, but has a lot of affinity with Minas Gerais and the city of Curvelo, where his main sponsor is located.

He has lived in the United States since he was 4 years old, he started his career there when he was just 5 years old in the city of Orlando. He participated in the USA in the biggest championships of the karting world, and won titles and great results.

He also had experiences with Tourism categories such as the Maxda MX5, but it was in Brazil that he decided to pursue a sports career. He participated in the Mineiro and Goiano 1.4 championships, obtained great results in the current season of Turismo Nacional.

This year Celso Neto also got to test a Formula 3 in Goiânia, and was highly prospected to enter F4 Brazil, but he remains focused on his goals, which is to reach the main category of Stock Car. If it depends on him, his friends, partners and large companies that support him, Celso Neto is not far from realizing his dream.