Located in Elkhart Lake, Wisconsin – USA, Road America is another traditional American circuit that will have the presence of Brazilian driver Celso Neto, next Friday (19), Saturday (20) and Sunday (21), aboard the Honda Civic Type R TC of the VGRT/Honda HPD team for another round of TC America. It will be his second participation in the championship, one of the most important in the American continent.

Road America was founded in 1955 and hosts important championships such as Nascar and the American Le Mans Series. It has 14 curves distributed over 5.5km of track, where the main characteristic is high speed. It will be the first time that Celso will compete on this circuit: “Our team has a history of good races on this track, it’s another challenging circuit, we’re going to work hard to achieve an even better performance than the last race”, said the driver. 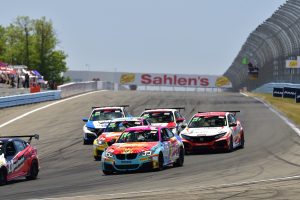 In his debut in the category, Celso Neto started last, made a recovery race, got the 7th place in the two races, among 11 cars in his category, and was 16th among 31 participants in the overall result, at Watkins Glen, in the state of New York.

Neto will count on the Brazilian fans and the American fans, who can circulate through various parts of the circuit through an immense grassy area, a famous feature of Road America. The track was idealized and projected by the designer Clif Tufte (1896 – 1981), to attend the races in the Chicago area. At the time, only 3 months were spent to build the track, which was the first to mix road and track. Tufte was President of the circuit for more than 40 years.