Celso Neto celebrates a year of experiences and historic achievements 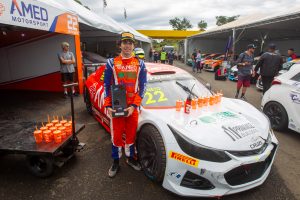 Although he is still defining his sporting future, Brazilian auto racing driver Celso Neto has a lot to celebrate. He was the first Brazilian to stand on the podium in the TC America Championship, in the difficult stage held at the Road America circuit, in Elkhart Lake, Wisconsin – USA, when he came in 3rd place, a few days before his 18th birthday. 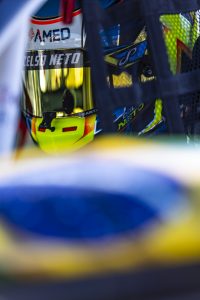 The probability is that Celso will continue with his international career in TC America, but while he analyzes proposals and waits for the decision, together with his staff, he evaluates his year and makes a positive balance of everything that happened and the several experiences acquired.

“We tested an F3 right in January, took part in the final of the National Tourism with the Peugeot 208, raced three times in the Stock Series and won the Rookie trophy (best rookie), and then took an indescribable turn towards my international career in the USA, where besides getting to know legendary circuits, we were able to fly the Brazilian flag on that memorable podium”, analyzed the driver.

Among the proposals on the table, there is no lack of invitations for Celso Neto to return to competition in Brazil, but he believes that the easy adaptation and the results obtained in the USA are more positive for him to stay with TC America. Another decisive factor are the costs, which are very similar, but the paths to reach a great category in the USA are shorter. “Here the fact of the unprecedented achievement has attracted a lot of spotlight and spontaneous media. I have to take advantage of the moment, which is very opportune. 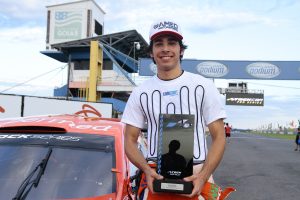 Besides the Road America Circuit, Celso also visited the famous American tracks of Indianapolis, where he conquered his second podium in American soil, and also Watkins Glen. In Brazil, he made his debut at the Velocitta racetrack and was part of the select group of drivers who had the honor of driving at the Galeão Circuit. A year of many new experiences and learning for the young driver from the Northeast of Brazil, who has been living in the USA since he was four years old.

Another decisive factor for Celso Neto was the support he received from companies both in Brazil and in the USA. Charismatic, attentive, and always concerned with offering the best return, make Celso Neto an increasingly professional pilot. “He has a concern for his image and that of his sponsors that we don’t see much around. He is always looking for the best on and off the track, this is a great differential”, said Flavio Bergmann, Marketing Manager of AMED S/A, one of his sponsors. 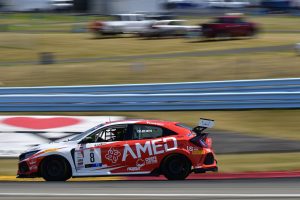 Celso Neto ended the 2022 season with the sponsorship of AMED S/A, Oeste Cotton, Dipromed, LS Inter Bank, and Supermed. Supported by RGE, Sicoob Credpit, and Lavoi. Companies interested in associating their image with the pilot’s can get in touch via e-mail cnetoracing@gmail.com.