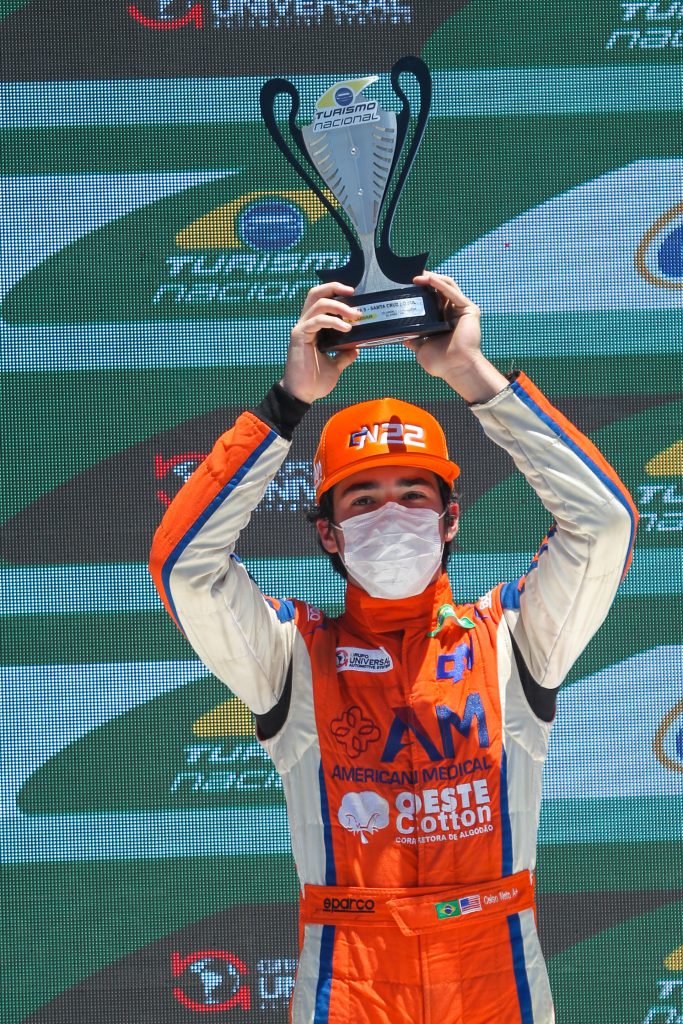 Brazilian racing driver Celso Neto, 17, finished 4th in one of the races from the Santa Cruz track in Rio Grande do Sul, Brazil. He became the youngest driver to reach the podium in a “National Tourism” division, competing at the “Super” category. The competition took place on the 20th and 21st of November and was the last event in 2021.

Driving a Peugeot 208 from the Brandão Motorsport Team, Celso Neto achievement confirms the team’s potential and future plans, as he states that Santa Cruz’s podium “should help with new opportunities and also show to the world how we perform and how good is our team”.

Santa Cruz’s track had consecutive days and a total of four races. On Saturday (20), already in the first race, Celso Neto managed the feat of starting on pole. As the second and third race unfolded, on Sunday (21), he scored the 4th and 5th positions, respectively, resulting in a podium. In the last race of the weekend, his car suspension broke and it became impossible to continue in the race.

The National Tourism races are disputed with cars almost identical to those found on the streets, along with minor modifications aimed at better performance and safety. In terms of his Peugeot 208, Celso Neto established a good experience with the vehicle, saying that “our car presented a lot of confidence, during the training sessions and all the races”. The car’s technical issue at the last race didn’t seem to diminish Peugeot’s success: “unfortunately the suspension was a fatality but it didn’t take the shine off our car during the weekend”, he added.

A good portion of Celso’s results can be attributed to the management of Hélio Brandão, owner of Brandão Motorsport and head of the team. In motorsport since he was 5 years old, Hélio works directly in the vehicle’s setup, doing the engineering and development. He also directs the team dynamics, analyzing the drivers’ performance and guiding them by radio throughout the race.