With almost 11 years of karting career, Celso Neto from Bahia is preparing to make history in motorsport by debuting in Stock Car, this Saturday (19), at Autódromo Ayrton Senna, in Goiânia.  The driver competes in the Stock Series category, formerly known as Light, which gives access to the professional Stock Car Pro Series category.

At just 17 years old and based in the United States, the athlete is also the youngest to participate in this year’s grid.  Celso Neto is the main representative and the bet of the AMED/Brandão Motorsport team, under the command of coach Hélio Brandão, responsible for having taken other young drivers to automobile championships.

According to Celso Neto, the choice to compete in the Stock Car was not an easy one.  He received two invitations: to join what is the biggest motorsport competition in Latin America, or to participate in the inaugural season of Formula 4 Brazil, a single-seater racing modality that has recently arrived in the country.  “Both proposals were attractive, but opting for Stock Car was following an old dream and it’s just the beginning of this new chapter in my career”, explains the driver.

Celso Neto faces this first challenge already looking forward to the 2023 season, when he will have the chance to compete in the Stock Car Pro Series.  That’s because the regulations determine that, starting this year, all rookie drivers must spend at least one season in the entry category before entering the Pro Series.

Celso Neto was born in Salvador, Bahia, but at the age of 4 he moved to the United States with his family, where he started his automobile career at the age of 6.  It is there where until today the athlete officially resides. 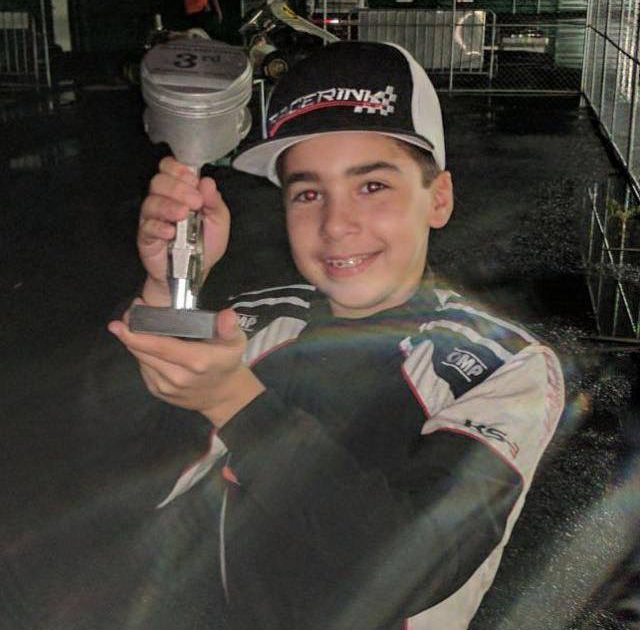 For his time and dedication, he has passages and medals from major world kart competitions on his resume.  In 2019, he was champion of the Orlando Kart Cup and 4th place in the Sunshine State Karting Challenge (SSKC), both in the United States.

It was in 2020 that he made his debut in touring cars, competing in Turismo Nacional in a duo with Gustavo Mascarenhas from Minas Gerais.  The following year, he won two podiums in the same championship and emerged victorious from the Centro Oeste Cup.

Today one of the biggest motorsport categories in the world, Stock Car was born by the hands of the Brazilian Association of Chevrolet Dealers, inspired by Nascar (National Association for Series Car Racing), from the United States.

The cars used in the inaugural race, in 1979, had the same mechanical design as the brand’s passenger vehicles, with the difference that they did not have the internal coatings.

The sport grew in the following decades as cars were transformed.

From the 2000s, with the transfer of the organization to Vicar Promoções Desportivas, Stock Car opens up to the participation of other automakers besides Chevrolet.

The final season of the Stock Car Pro Series, in 2021, had its final race on December 12, at Autodromo José Carlos Pace, better known as Autódromo de Interlagos, in São Paulo.  Gabriel Casagrande from Paraná, driver number 83, of the A.Mattheis Vogel Motorsport team, won his first title in the category when he emerged victorious from this 43rd edition of the championship, behind the wheel of a Chevrolet Cruze Stock Car.

Stock Car started the first of the twelve stages of the 2022 season on February 13, at the Interlagos Circuit, with the restart of the Doubles Race, which had been stopped since 2019. The race was won by drivers Gabriel Casagrande and Gabriel Robe.

The second stage of the Pro Series and the first of the Stock Series access category (formerly Light) will take place on March 19 and 20, at Autódromo Ayrton Senna, in Goiânia.  For the first time in two years, fans will be able to follow the races closely, as the occasion marks the return of the in-person modality of the category – that is, with the presence of the public – interrupted two years ago due to the Covid-19 pandemic.

The next stages continue until the end of the year, with the Grand Final scheduled for November 20th.  Check out the full calendar: