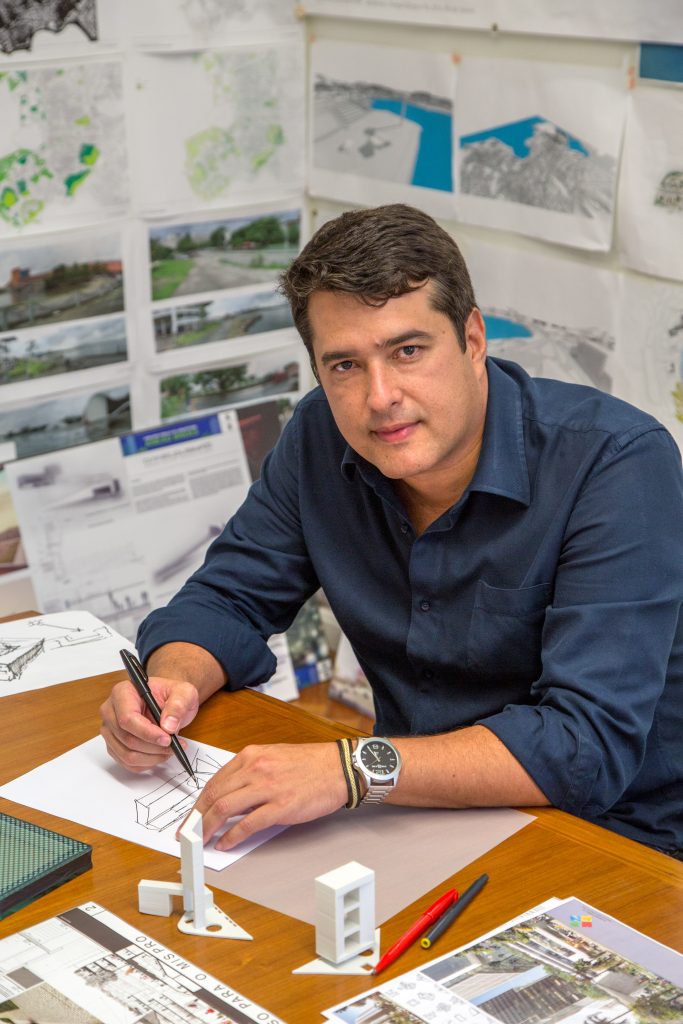 Architecture is indeed a challenging career, no matter where it takes place. Nevertheless, challenge itself is the fuel that boosts the work of renowned Brazilian architect Daniel Gusmão. His office, established ten years ago, has held many projects in Brazil and around the world. Some examples are the Tijuana Tech Center, in Mexico; Museu da Imagem e do Som (Image and Sound Museum) in Rio de Janeiro, Brazil; General Motors Tech Center in Detroit, USA, Business Ulchiro in Seoul, South Korea.

One of these projects is well-known around the world. Gusmão designed the Olympic Park master plan for Rio 2016 Olympic Games, in a partnership with the British branch of American consulting AECOM. The arenas and the main Stadium were positioned along a beautiful sinuous path inspired by the design of Copacabana sidewalk, aiming to create a new experience to the public. Other facilities designed were the Olympic velodrome, the International Media Center and the Hotel.

“You can’t be in this business just for money. Once you decide to face the challenges, you transform the adrenaline rush into creative energy,” Gusmão says. His passion for innovative projects brought him to Lake Nona, the futuristic neighborhood by Tavistock nearby Orlando, Florida. 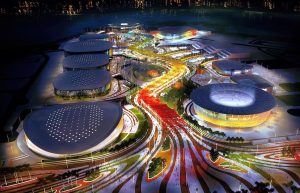 Gusmão was already familiar with Lake Nona since the 2016 Olympic Games, when he had the opportunity to watch the Golf finals between Justin Rose and Henrik Stenson – Gold and Silver medal winners, respectively. Both of them live in Lake Nona Golf & Country Club, which made him eager to know more about the city of future and its potential.

Intrigued, the architect learned more about the concept behind Lake Nona development and saw a whole community projected for quality life, with high standards in technology, health, education, sports and much more. In one of these visits, Daniel met Aaron Barcellona from Barcellona Homes, builder of luxury and custom homes in Central Florida. The company is also certified by Tavistock to develop custom homes for Lake Nona.

Aaron and Daniel could immediately relate. Both wanted to create projects that met the exclusive needs and desires of their clients. Gusmão examined Aaron’s building techniques and custom homes in Lake Nona, and Aaron flew to Brazil to study Gusmão’s work; both quickly realized their passion and vision were perfectly aligned. “We’ve chosen Daniel Gusmão & Partners to build an innovative project in Laureate Park. Our aim is to help build a model city for US,” says Barcellona. 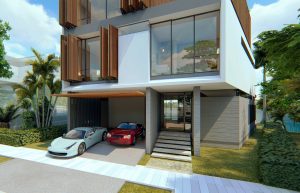 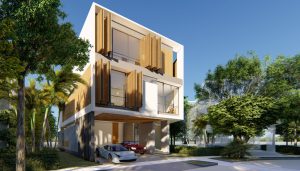 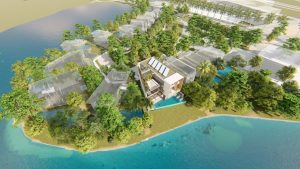 Gusmão reveals more about his approach to a new residential concept. “On one side of the land there will be an international cuisine restaurant. On the other, modern houses integrated as a unique community. Both sides will be connected by a small peninsula above the astonishing lake.”

When it comes to the house projects for Lake Nona, Gusmão and Aaron chose to highlight the surrounding nature. “The design of the houses will lean over a water mirror, like a bird contemplating the beauty of the lake. The nature will be brought inside the houses through transparent walls. It’s a visual sequence that will connect all rooms, from the entrance hall to the infinity edge pool,” says Gusmão.

This house will be the first in a series of buildings that will convey the new sense of community of Lake Nona, with its modern and contemporary approach. “The residences will be divided into a private hall, elevator, open kitchen, infinity pool, a glamorous garden and flexible plants, which adjust to the customer’s demands,” describes Gusmão.

Born in Rio de Janeiro, Gusmão plans to settle in Orlando, Florida, and is currently expanding his office through international partnerships in San Francisco, California, Mexico, Europe and Asia. His mission? To show the world how unique the Brazilian architecture can be. With his powerhouse partnership with Barcellona Homes, the landscape of Central Florida living just got a whole new upgrade, and the excitement is palpable!