Philippe Briand Designed an Explorer Yacht for Every Adventurer

[dropcap]A[/dropcap]s a designer, Philippe Briand has always stayed true to his singular vision. Yachts as diverse as his racing version of the Wallycento sailing superyacht or the 328-foot gigayacht concept for Oceanco carry his distinctive style and elegance.

One knows a Briand-designed yacht by its long, sinuous lines and sense of proportion.

Briand’s new series of expedition yachts is another breakthrough in the relatively narrow design parameters of that class.

Instead of a one-size-fits-all megatrawler, the London-based designer has created five motor yachts, plus a sailing superyacht, to match his clients’ levels of wanderlust.

Launched at the Monaco Yacht Show, the Vitruvius Expedition Range spans from the “Mediterranean” style, a yacht design that would look at home in Saint-Tropez or Monaco, to the full-blown explorer yacht with the go-anywhere, military profile.

“We understand that today’s owners want to use their yachts to host glamorous parties on the French Riviera or Greek islands as well as venturing to remote Pacific islands or even polar regions,” says Briand. But how they want to appear to the outside world is vastly different. 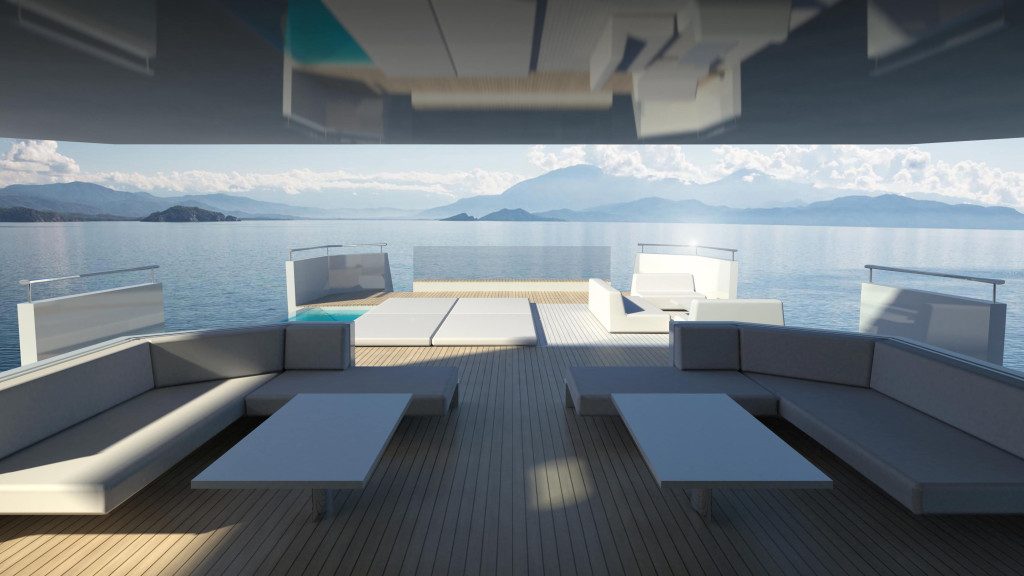 The Scientific Style Expedition version is the Edward Shackleton of the collection: a simple, rugged profile with an ice-class steel hull that can journey to the polar regions.

It has the same low-profile features of past Vitruvius designs like Galileo G and Exuma, but with a huge open stern that holds two 28-foot tenders.

The upper observation deck is designed for whale watching or sitting beneath a blazing Antarctic sky at night.

The 164-footer comes in a version with a two-level garage that allows the sides to fold out for full access to the water.

The 148-foot Expedition Beach Club concept, also available with an ice-class steel hull, has a lowered engine room position so the stern converts to a large beach club.

When under way, owners can carry tenders or even a sailing yacht at the stern. This would be the yacht of choice for exploring remote tropical islands. 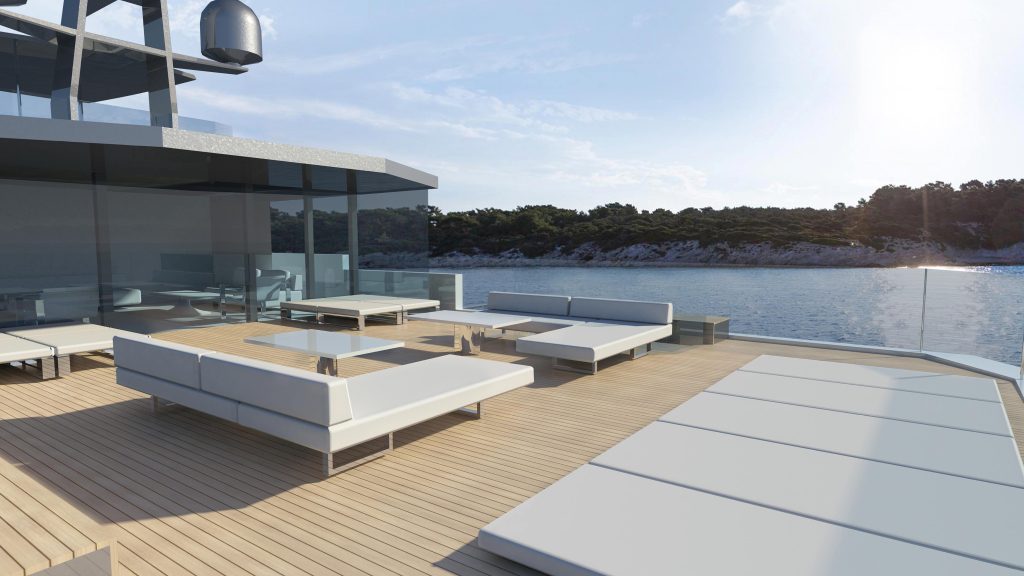 The third Vitruvius Explorer Range concept has space in the foredeck for storage of large tenders and many water toys.

The148-foot Crossover version has the capabilities of the other explorer yachts, but instead of the open stern, it features a large saloon with floor-to-ceiling windows and a rear cockpit for alfresco dining.

Its foredeck has been transformed into a generous social area, with sunbeds and seating that extend almost to the bow.

The 164-foot Expedition Mediterranean still has an explorer’s profile but the stern is more like a resort, with lounges, infinity pool, and fold-down bulwarks for instant access to the water.

The 175-foot sailing yacht, sold under the Philippe Briand name, was designed for a Californian who wanted to explore remote stretches of the Pacific. 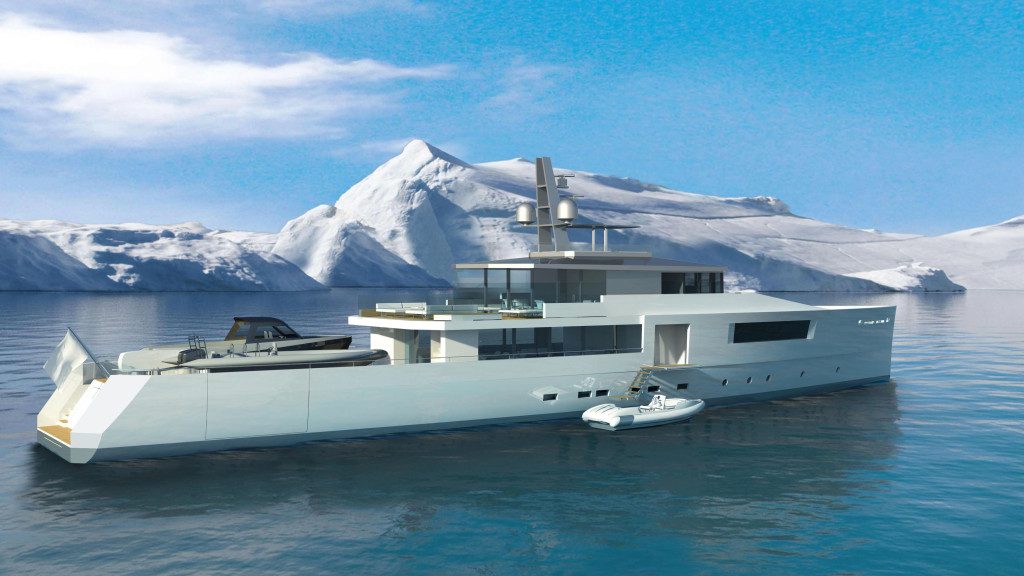 He wanted a decent top speed, large beach club with fitness center, and plenty of space for tenders and toys.

Briand designed in a hybrid propulsion system for running without the sails that would keep the yacht virtually emissions-free.

“A sailing yacht is not only for performance and racing,” says Briand. “It can be just as suitable as a motor yacht when it comes to exploration, even with a touch more elegance.”