A kiss at New Year’s Eve to attract love and joys is one of the nicest traditions in the United States. The site Visit Orlando is helping those looking for a destination to celebrate the arrival of 2019 very well accompanied. Check out the highlights we have selected!

No theme park is more iconic than Walt Disney World Resort‘s Magic Kingdom in Orlando, and none of the park’s attractions are more widely recognized than this castle, which is perfect for a romantic rendezvous of all kinds — including proposals. But stake out a prime spot early: Chances are that many couples will hope to share a kiss near this famous landmark during the park’s New Year’s Eve celebration, which runs through 1 a.m. and is included with regular admission.

Some say that couples who dance together, stay together, and you can count on non-stop dancing at Mango’s Tropical Café on Dec. 31 courtesy of the nightlife hotspot’s New Year’s Eve Extravaganza, which also features gourmet food and an amazing lineup of cocktails. Numerous admission packages are available, including VIP options, with prices ranging from $50 to $150. 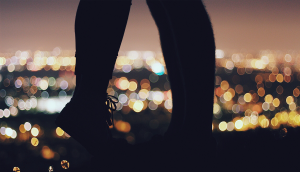 Downtown Orlando’s biggest holiday parties happen at Wall St. Plaza, a menagerie of seven themed bars joined by an open-air courtyard. Dec. 31 is no exception, making this the place to be if you want some wild company for your New Year’s kiss! Just a short walk away in downtown’s Church Street district, the “Big Orange” will drop at midnight, welcoming 2019 in a way that’s uniquely Orlando.

In the final hours before 2018 ends and 2019 begins, steal some kisses on a swan boat built for two at this gorgeous, amenity-laden public park in the heart of downtown Orlando. Although swan boat rides are only available until 10 p.m., you can stick around to smooch under New Year’s fireworks at one of the park’s many cozy, romantic spots.

Last but not least, this expansive state park invites nature-lovers to camp under the last stars of 2018 and the first of 2019, sharing a sweet midnight peck between the two. Then, get the New Year off to a natural start with the park’s hiking trails, canoe rentals and other activities, or make the short trip to nearby Blue Spring State Park to see some manatees. Wekiwa Springs State Park is in Apopka, about 30 minutes northwest of downtown Orlando.