The Bell & Ross BR-X1 was first released in 2014 in the form of the Skeleton Chronograph, and then a year later the ChronographTourbillon.

The X1 range, like the recently issued X2 Tourbillon Micro-Rotor, comes from the “Experimental” line.

Bell & Ross takes the familiar square-cased watches from the BR-01 along with the BR-03 from the “Instruments” line, but adds skeltonization, and/or greater complication to the mix.

This month, Bell & Ross has announced the release of two new models in the X1 line.

The design architecture of these watches has always been based on the analogue cockpit dials of airplanes, and these two “White Hawk” editions take their colors from those of private jets.

Bell & Ross is not explicit about what jets exactly, but we would hazard a guess that it might be the Vistajet Global 5000. 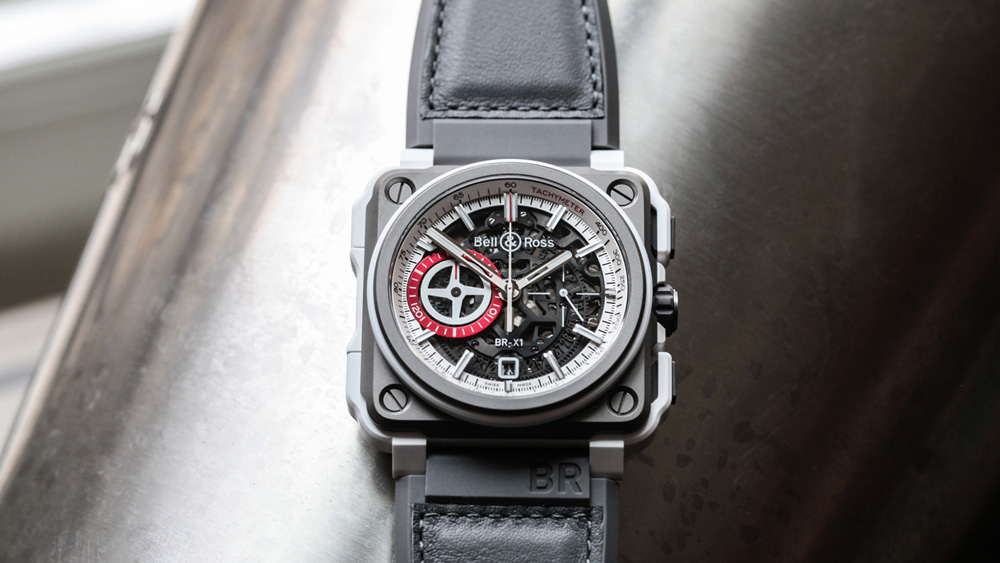 A nice touch is the play/pause and rewind symbols on the rubber-insert pushers.

The sapphire crystal dial reveals the complicated architecture beneath, but the running seconds at 3, four-spoke chronograph minutes disc at 9, date at 6 and central chronograph seconds are as easy to read as the watch is to operate.

The semi-skeletonized thick baton hands are partially superluminova-filled, as are the indices. 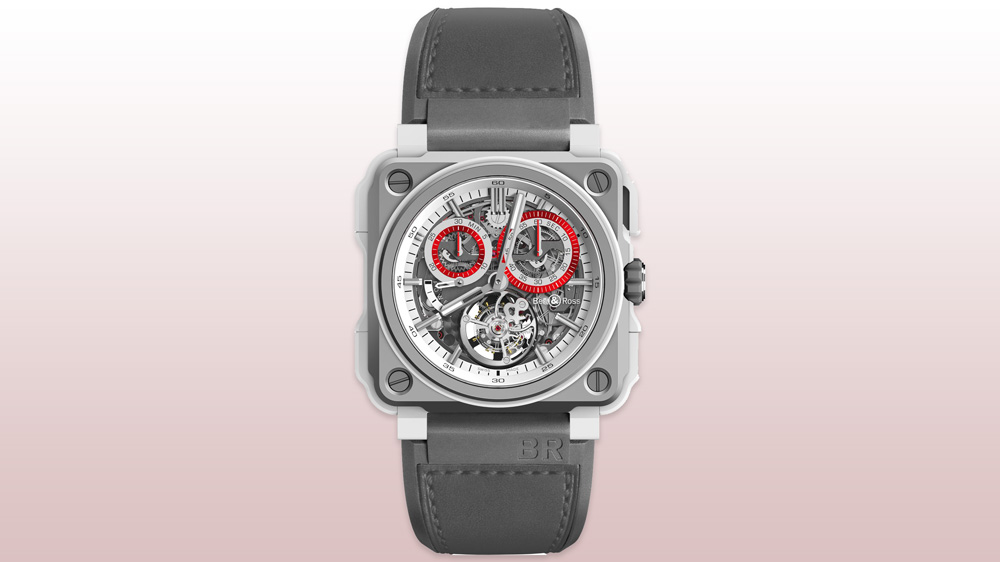 This watch has a similar aesthetic to its sibling but is unmistakably more complex. The giveaway is the tourbillon carriage with the incorporated “&” logo, and the addition of a power reserve indicator at 8:30.

Closer inspection will reveal only a single ceramic and rubber rocker push-button for the 30-minute chronograph that is indicated on two subdials at 1:30 and 10:30.

Both watches are 45mm, water resistant to 100m, and offered with a bi-material calf skin and rubber strap.

This article was originally published by robbreport.com