[dropcap]H[/dropcap]urricane Nate is threatening to slam into the Gulf Coast as a Category 2 storm Saturday evening, prompting Louisiana, Mississippi, Alabama and Florida to declare states of emergency as they order evacuations and mobilize resources in preparation.

Nate was as of late morning Saturday moving at a 26 mph clip toward the U.S. coast, with maximum sustained 90 mph winds as it churned north-northwest from its location about 265 miles south of Biloxi, Mississippi.

Its wind speed made it a Category 1 hurricane as of midday with the expectation that it would strengthen into a Category 2 through the afternoon..

The storm’s strongest winds are expected to be directly north and east from the eye of the storm.

Tornadoes and flash floods are a “real concern” as the storm roars ashore and moves inland, according to ABC News meteorologist Daniel Manzo.

“It has the potential to bring life-threatening storm surge to parts of the Gulf Coast from Louisiana to the Florida Panhandle.”

On Thursday, Nate brought deadly mudslides and flash floods to Central America as it traversed the western Caribbean Sea as a tropical storm.

According to The Associated Press, 22 people were killed, including 15 in Nicaragua and seven in Costa Rica.

The governors of Louisiana, Mississippi and Alabama have all issued stern warnings to residents ahead of the storm’s expected landfall on the southeastern U.S. coastline.

He has mobilized 1,300 National Guard troops, with 15 going to New Orleans to monitor the troubled pump and drainage system there.

“No one should take this storm lightly,” Edwards said at a press conference Friday.

“We do want people to be very, very cautious and to not take this storm for granted.”

Since forecasters don’t anticipate Nate to linger, but instead pass through relatively quickly, New Orleans officials expect the pumps to be able handle the water.

Still, New Orleans Mayor Mitch Landrieu declared a state of emergency for the city ahead of the storm’s approach.

Landrieu warned that the areas outside of the levee protection system could see a 3-to-6-foot storm surge. A citywide curfew goes into effect at 7 p.m. Saturday.

Landrieu said officials are working “around the clock” to repair all power and pumps for the city’s drainage system, which is stricken from flooding from recent rain.

As of Thursday afternoon, the mayor said 108 of the city’s 120 pumps were working, which is 92 percent capacity. 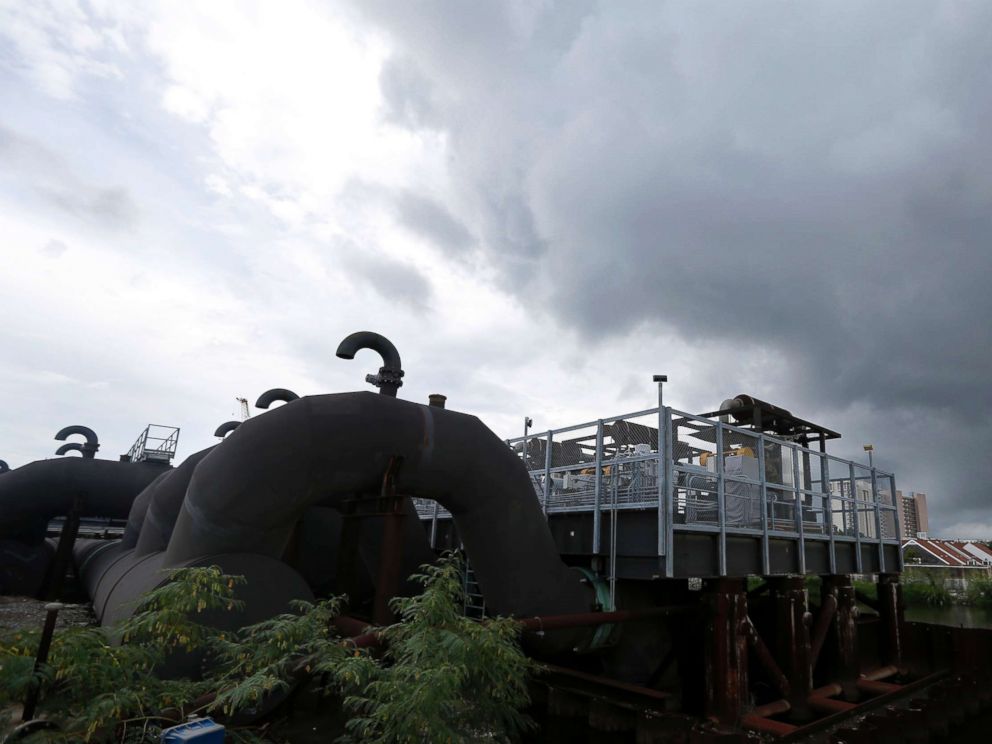 In preparation for the storm, Mississippi Gov.

Phil Bryant on Friday morning declared a state of emergency in six southern counties and issued an executive order authorizing the use of the state’s National Guard.

“If you are in an area that has flooded, I would recommend you evacuate that area until the storm has ended and the water has receded for your own personal safety and for the safety of the first responders that will be responding in the event you are trapped,” Bryant said at a press conference Friday.

Ivey said that while the coast will experience the worst of the storm, Birmingham could experience strong winds and rain.

Ivey said the White House has promised to lend assistance.

“It has become clear that Alabama, especially on our coast will experience some of the worst conditions from this storm,” Ivey said at a press conference Friday.

“Alabamans, you must prepare and be vigilant. This is serious business.”

Already seeing elevated water levels on Dauphin Island this morning. This will only get worse as #Nate approaches the area. #mobwx #alwx https://t.co/PAGV35Zd6O

Florida Gov. Rick Scott on Thursday declared a state of emergency in 29 countries.

In Louisiana, some residents of coastal St. Bernard Parish east of New Orleans have already been ordered to evacuate.

And as early as Thursday, a voluntary evacuation had been called for Grand Isle, a barrier island town south of New Orleans.

Some offshore oil platforms in the Gulf have also been evacuated, according to The Associated Press.

Mississippi is preparing for possible evacuations, as well, announcing it would open 11 evacuation shelters away from the coastline.

The state will provide buses for resident who are unable to drive.

According to the National Hurricane Center, the combination of a dangerous storm surge and the tide is expected to raise water levels by as much as 7 to 11 feet from the mouth of the Mississippi River to the Mississippi-Alabama border.

Through Monday, Nate could produce rainfall accumulations of 3 to 6 inches, with a maximum of 10 inches, east of the Mississippi River from the central Gulf Coast into the Deep South, eastern Tennessee Valley and southern Appalachians.

The area cross the Ohio Valley into the central Appalachians could see 2 to 4 inches, with a maximum of 6 inches.

The National Hurricane Center also warned “a couple of tornadoes will be possible” starting late Saturday afternoon over parts of the central Gulf Coast region.