BMW Z4 – The latest G29 Z4 prototype spotted today testing on the Nurburgring is now wearing less camouflage than ever, revealing much of its front end design and shape. Update: July 18, 2017

We now have the best look ever at the G29 Z4 interior, showing manual transmission (yay!), large screen and slick all digital gauges. This model happens to reveal its model and power output. It’s an s20i powered by the B48 engine, outputting 195hp / 236 lb-ft.

The G29 Z4 prototype takes to the Nurburgring, this time wearing four cannards on the front bumper. While canards are doubtful for a regular Z4 version, but perhaps a preview of what we may see on a Z4 M?

BMW test drivers decided to take advantage of a balmy -14 C Swedish winter day and finally give us a look at the Z4 convertible with its soft top down.

The Z4 hits the snow for cold climate testing, showing the same tail light design as seen in the previously spied prototype from the German Autobahn.

Z4 prototype sightings have been scarce in recent months, but a more revealing prototype was just spotted on the German Autobahn. The rear has dropped some camouflage, exposing the tail light design for the first time. Finished exhaust tips can now also be seen, along with a rear diffuser. Compared to earlier prototypes, this one likely sports a larger air vent behind the front wheels as the camouflage covering it now flares out dramatically.

One oddity is that this prototype is RHD. 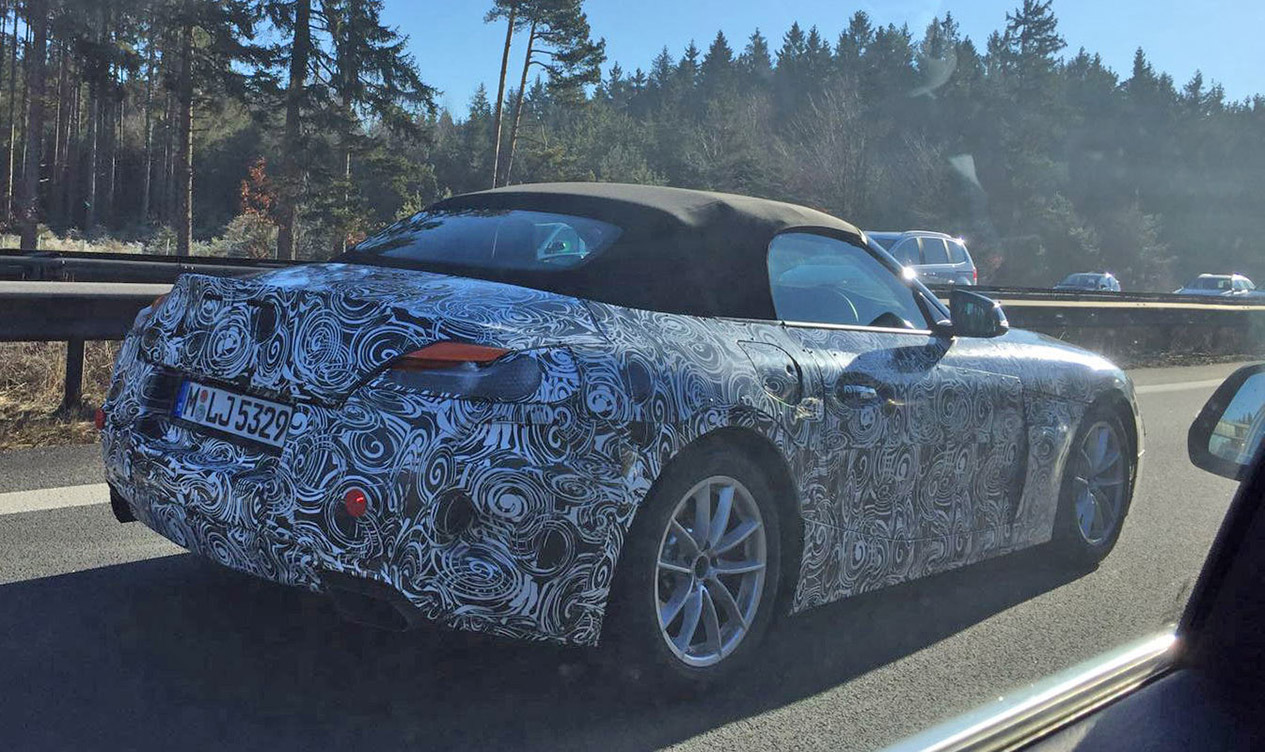 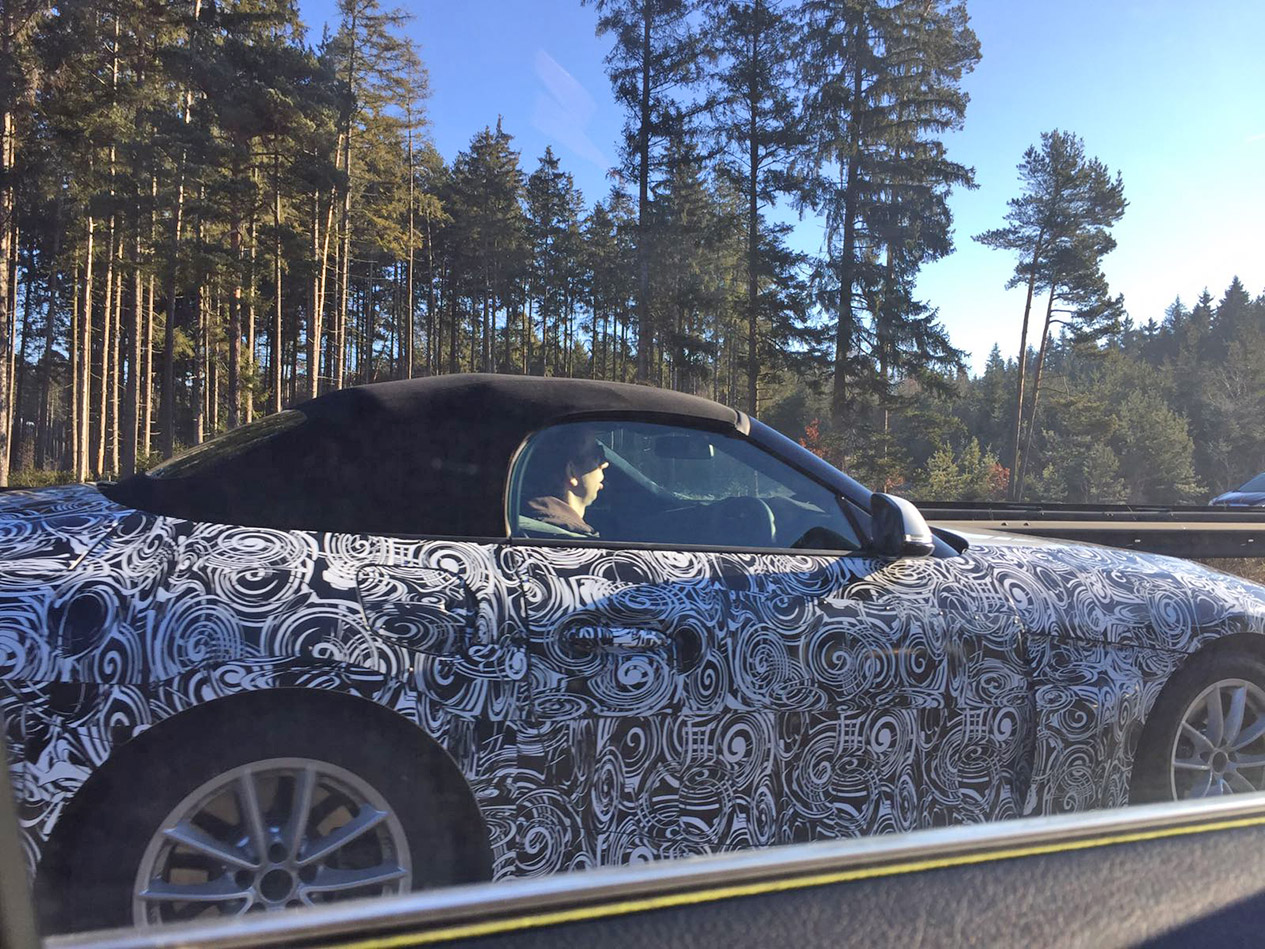 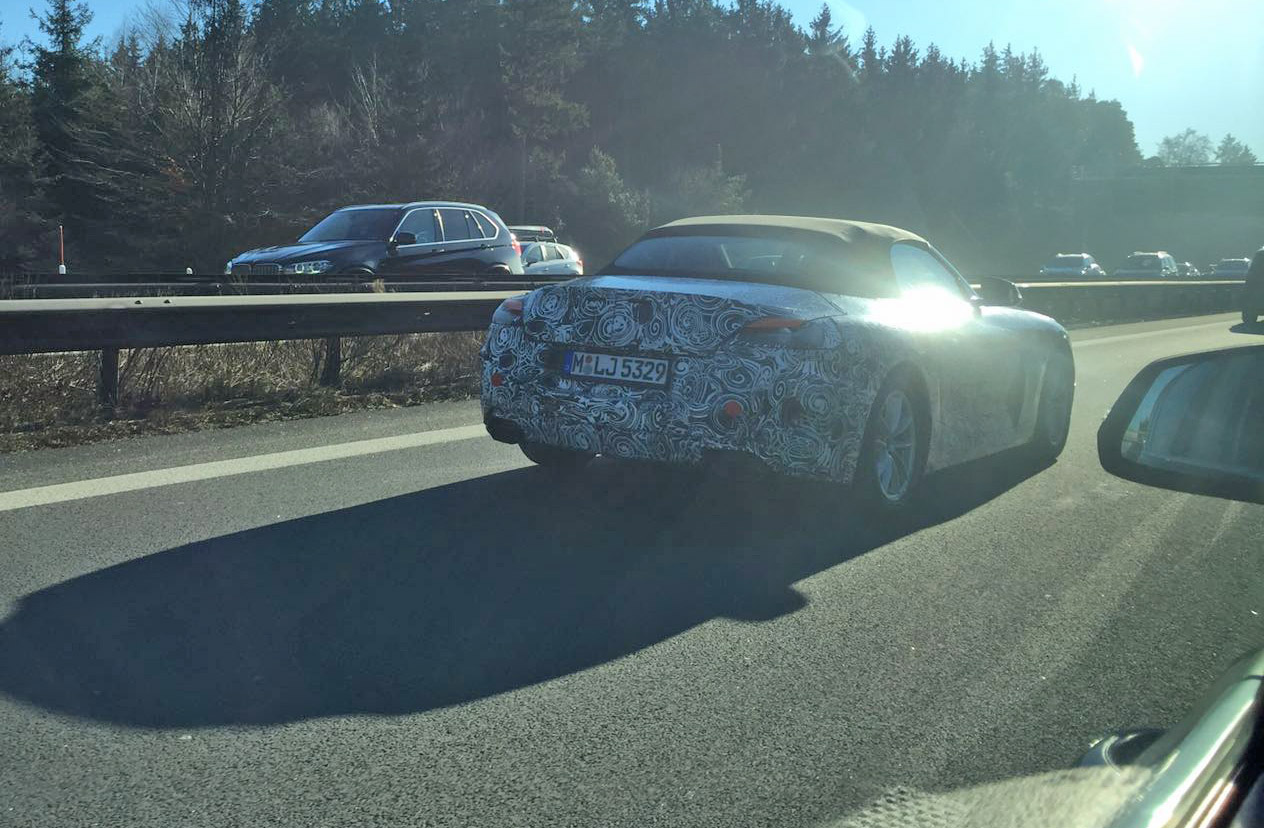 Testing for the BMW Z4 has advanced to the Nurburgring! The prototype also now appears to either wear a subtle trunk spoiler or have a slightly raised / curved trunk lid, as well as wheels very similar to the M3/M4 Competition wheels (Style 666M). We also get a first decent look at the new Z4 interior.

The BMW Z5 prototype has been spotted again, this time in more revealing form. These latest spy shots reveal for the first time the rear window in the soft top, which earlier prototypes did not show. Some front shots also gives a peek at the front grille design underneath the camouflage.

From yesterday’s post about the G29 Z4, with info on the Z4 from BMW insider Scott26:

We give you a first look at the long rumored G29 Z4, successor to the current Z4.

The G29 Z4 rides on a platform which is being co-developed by BMW and Toyota. Toyota is also expected to build its own sports car based on the joint platform.

The Z4 is supposed to spearhead a revival of the Z model lineup which will feature more dynamically impressive and exciting roadsters. The return to a soft-top as seen on this prototype represents a focus on lighter weight, which in addition to the car’s mix of lightweight composite construction, should see the Z5 come in at a lighter weight and provide better performance than the Z4.

The future Z lineup is rumored to also including a Z3 and a Z1 roadster. The Z3 will share the Z4’s modular RWD platform and the Z1 will be based on BMW’s UKL FWD/AWD platform.