A Pen Fit for A Viking: Graf von Faber-Castell’s Pen of the Year 2017

[dropcap]G[/dropcap]raf von Faber-Castell’s Pen of the Year 2017. For centuries, the mere sight of a Viking longboat on the horizon was enough to strike fear into the hearts of entire populaces.

Violent tendencies aside, the Scandinavian seafaring warriors were notorious in ancient Europe for their passion, legendary craftsmanship, and obsession with the world’s finest treasures

—all qualities they share with German writing instrument brand Graf von Faber-Castell, which is celebrating the Norsemen’s legacy with its limited-edition Pen of the Year 2017.

Inspired by the Vikings’ revolutionary longboats—which were designed to not only survive the trials of the sea, but also travel upriver (rather convenient for sacking seaside villages)

Commonly used in the construction of longboats, curly birch was revered by the Vikings for its strength and mythological protective properties.

It is widely believed that the use of superior birch wood to build their naval vessels contributed a great deal to the Vikings’ success at sea.

A unique touch comes in the form of a runic engraving of Graf von Faber-Castell’s name on the end piece, and a smoky-gray quartz sits atop the classically elegant cap.

The reassuringly weighty pen sits comfortably in the hand and imbues the act of writing with an added sense of import the moment the 18-karat gold nib (with ruthenium plating) hits the paper. 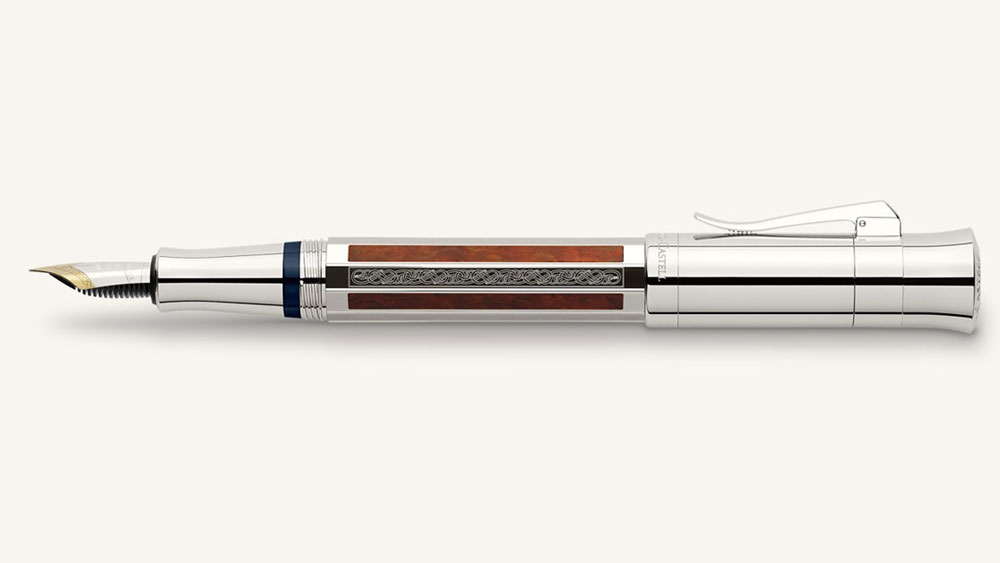 Limited to 500 pieces, the Pen of the Year 2017 is priced at $3,600 and delivered in a polished black wooden case, with an accompanying certificate signed by Count Charles von Faber-Castell.

It is offered as both a fountain pen or rollerball. In addition to the platinum-plated version, there is also an anthracite-colored, PVD-coated variation that substitutes smoke oak for curly birch. 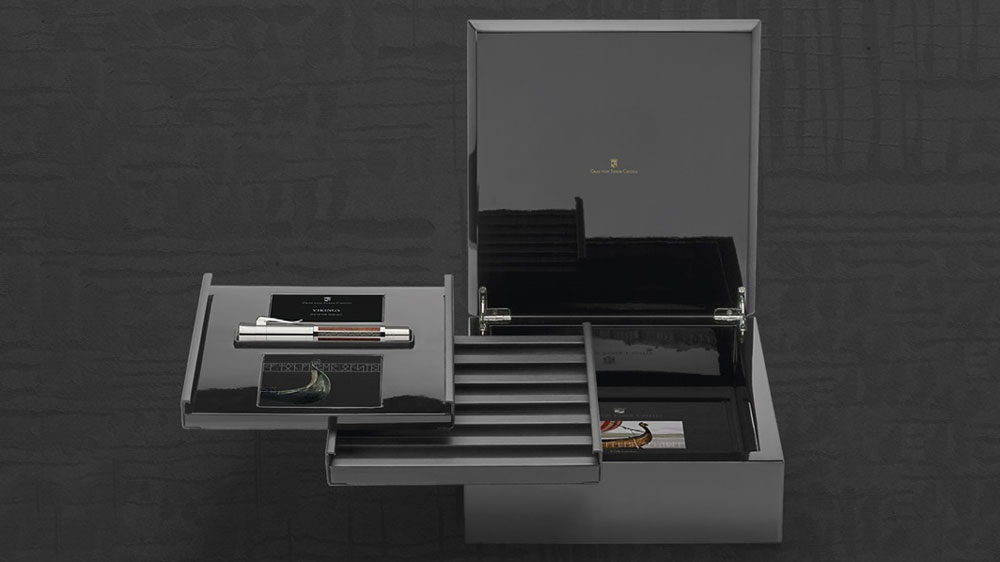