Where to Treat Yourself with Truffles: Limited-Time Flavors to Fall for

[dropcap]T[/dropcap]here may not be much to dig about their appearance, but truffles ’ savory, earthy flavor provides plenty of reasons to pig out.

Case in point? Seasonal specialties, like mouth-watering roast chicken before a roaring fireplace, unique takes, such as gyoza with truffled ponzu, and even burgundy truffle ice cream.

Find out which truffle dishes have us splurging this autumn.

It’s a mushroom cloud of activity at Ai Fiori, with a whole slew of events to celebrate the season.

tickets also include music and access to the Urbani Truffle Room, a global purveyor of fresh truffles and truffle products.

Close out the weekend with a brunch with truffle-shaved omelets, crudo, a raw bar, and chilled lobster.

Can’t make the events? No need to worry; truffle hollandaise benedicts and vellutata lobster soup with black truffles. And tarragon feature on the regular brunch and lunch/dinner menus respectively. 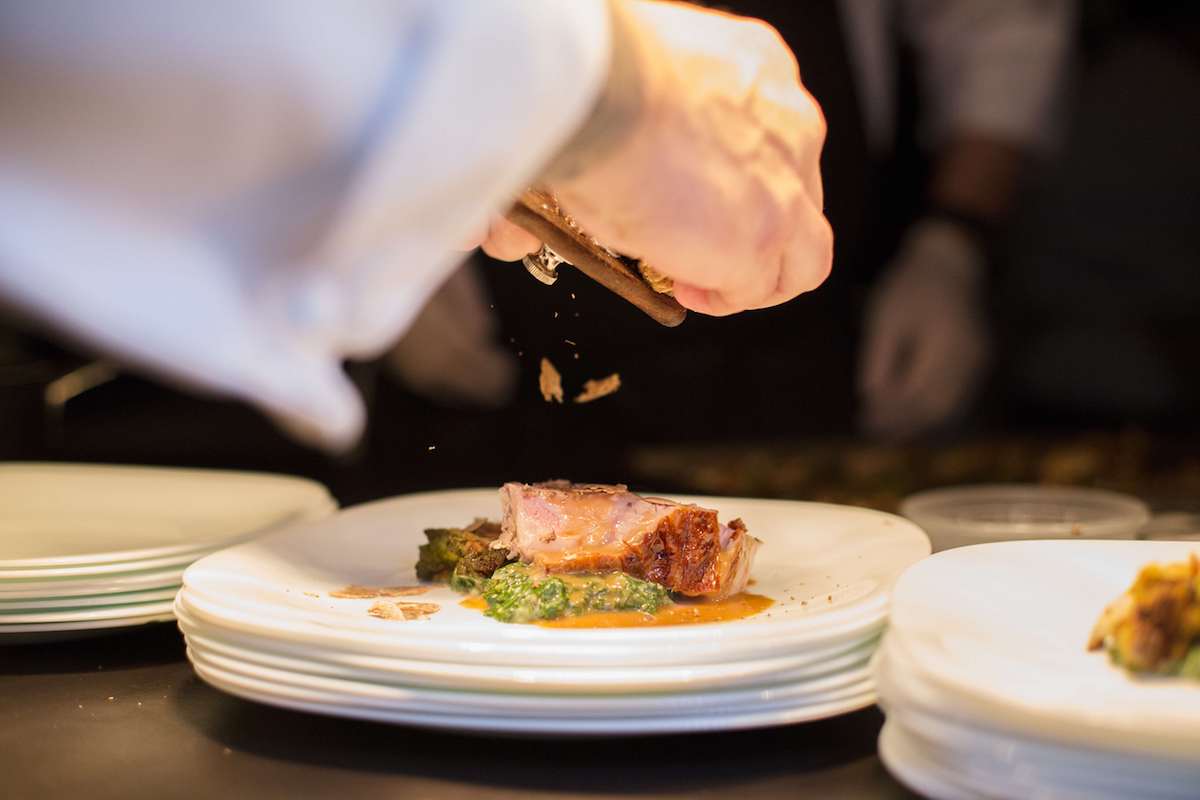 Prime Fish’s concept may be “fish shack meets upscale dining,” but the latest appetizer veers toward the latter, with chi-chi deviled eggs filled with white truffle, lobster, and caviar. 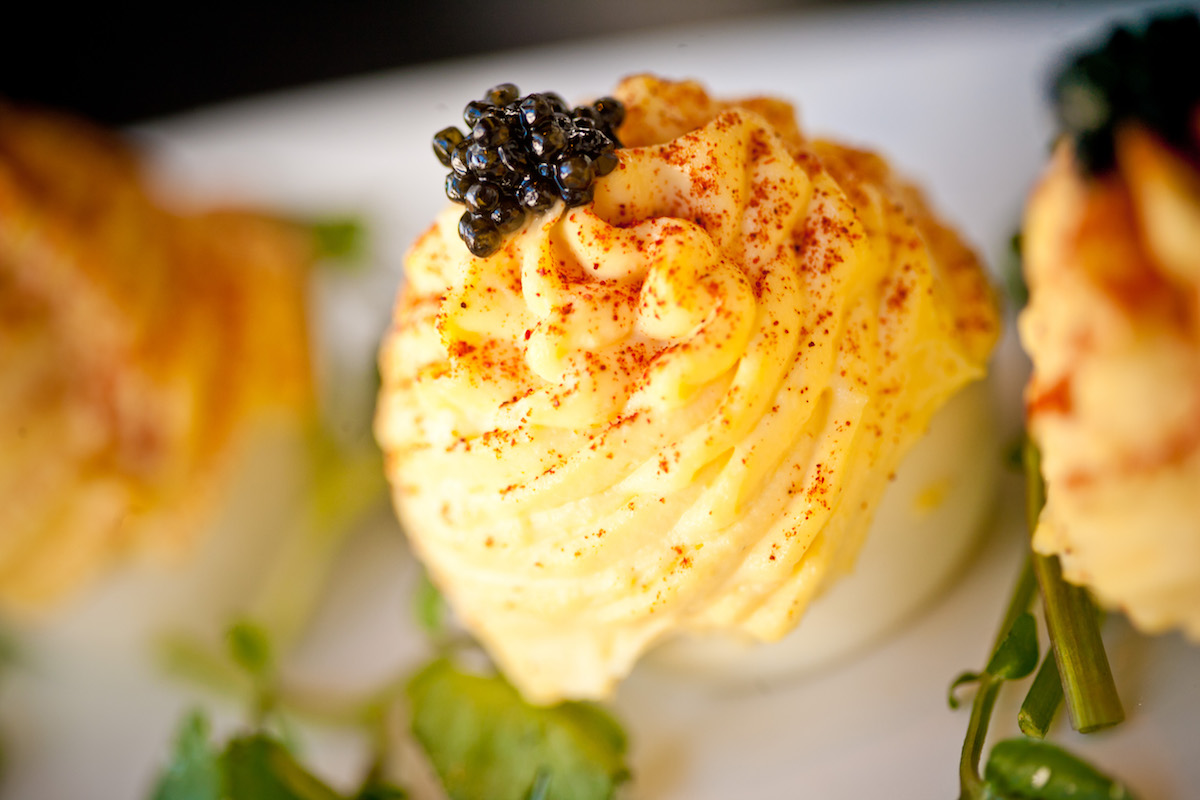 With a general manager hailing straight from Florence – Rinaldo Matai. It’s no surprise truffles make an appearance at one of Music City’s most popular Italian restaurants.

It’s a true renaissance, indeed, for truffles here, which appear in the crowd-pleasing mac and cheese, the James Beard mushroom truffle burger, and delectable mushroom ravioli, with truffles shaved tableside. 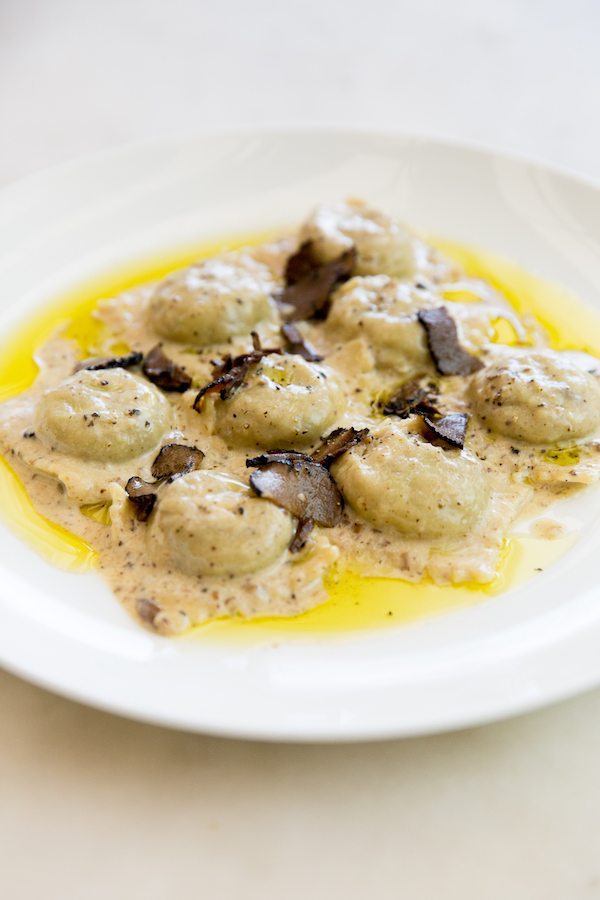 Truffles may yield primarily from Italy, but chef Michael Lewis gives them a distinctive Asian spin with his pork. And shiitake gyoza served in truffled ponzu sauce.

The gyoza, a Japanese variation on traditional Chinese dumplings, are made in-house with Cheshire pork shoulder, Japanese shiitake mushrooms, and house-smoked belly — and the truffle ponzu is also smoked in-house, aligning it with KYU’s wood-fired Asian concept. 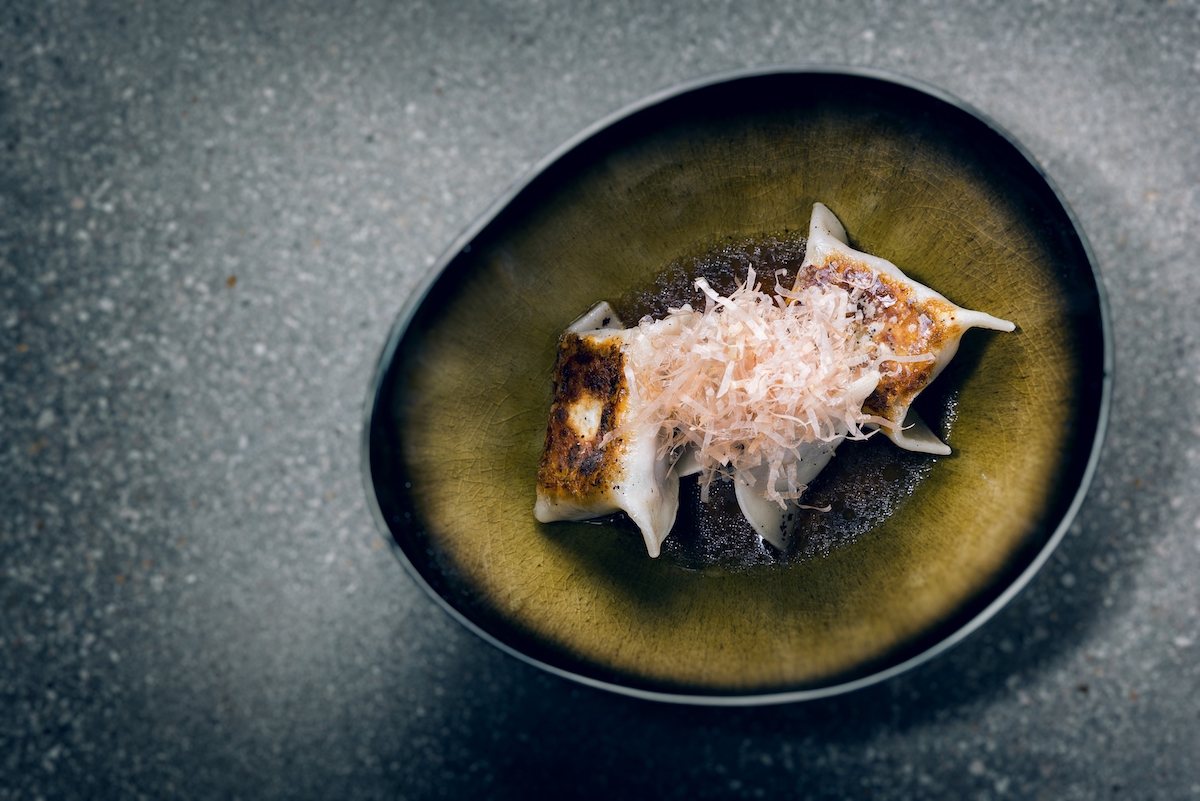 Need some motivation to get out mid-week? Look no further than Tuscan Kitchen, where, on Tuesdays during dinner service, truffle tagliatelle is prepared tableside.

While it cooks, brandy is poured into an enormous wheel of 24-month-aged Parmesan Reggiano imported from Italy. The brandy is lighted on fire to melt the cheese. And then the pasta is tossed into the wheel and covered in gooey goodness. 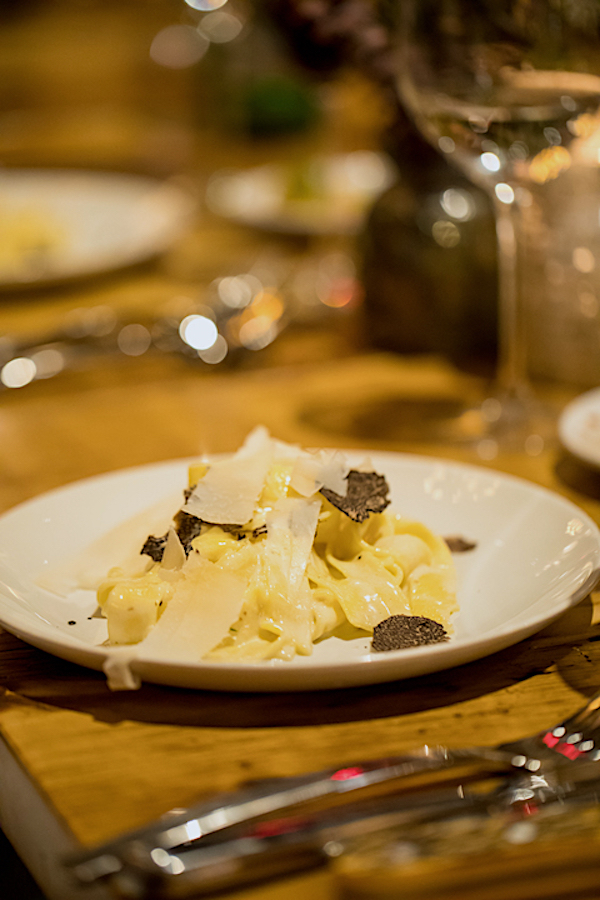 His $95 seasonal truffle chicken for two is served with savory sides. And it’s hard not to imagine devouring it beside the roaring fireplace here as the mercury dips in chilly New England. 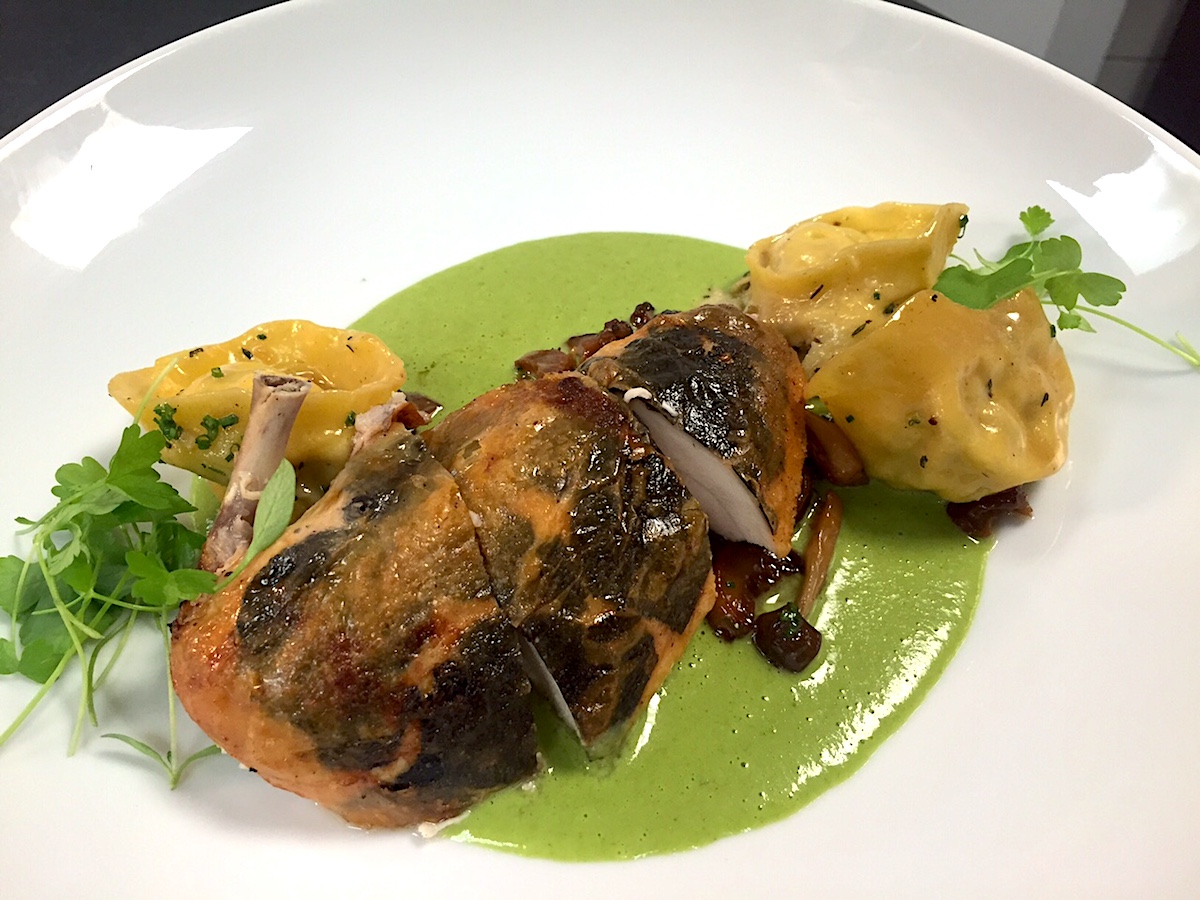 Who better to feature truffles than a Wine Country restaurant?

At La Toque, nestled in the heart of downtown Napa, Michelin-starred executive chef Ken Frank offers up truffled treats, such as sunchoke bisque with burgundy truffle and a dessert (!) – truffle ice cream with baby Crawford peaches. 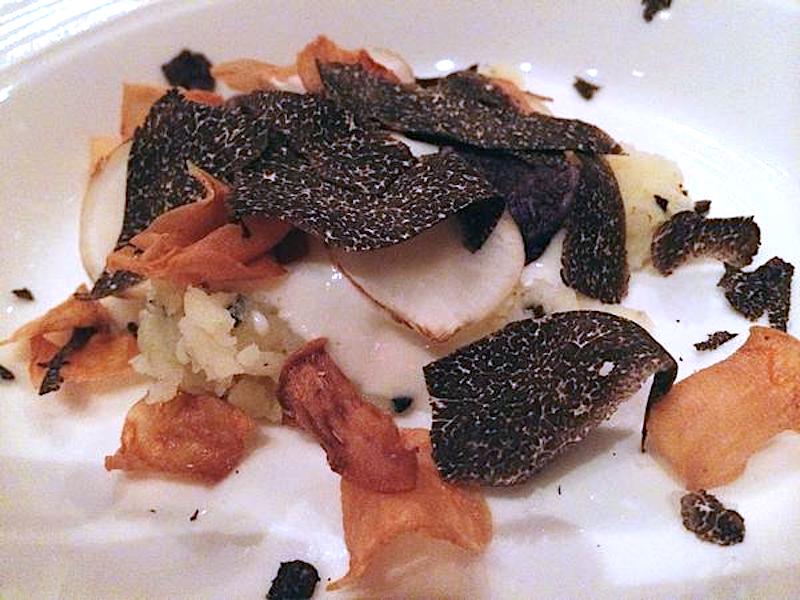 And, remember to snap + share your #dishpics with us on Instagram for a chance to win in our weekly giveaway.

Carley Thornell is a travel writer whose experiences eating street food in Japan, English peas in the UK, free-range steak in Argentina, and Brussels sprouts at Estragon tapas in her hometown of Boston have provided unforgettable culinary inspiration. Shout out at carleythornell@gmail.com.