The Post-Pandemic World Trade in Hospitals

Last week (July 27th to 29th), I had the honor of representing AMED S/A at one of the largest trade fairs in the hospital segment in the world, the FIME Show 2022 (Florida International Medical Expo), at the Miami Convention Center, in Miami Beach, Florida, USA. There were more than 800 booths with companies from all regions of the world, and almost 40 of them were Brazilian, returning after 3 years of absence. All participating in the Brazilian Health Devices project, promoted by Abimo (Brazilian Medical Devices Industry Association), together with Apex (Brazilian Trade and Investment Promotion Agency). 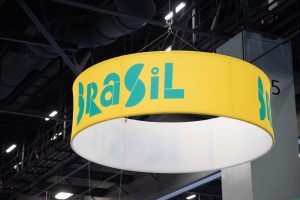 As a curiosity, it is cheaper for national companies to participate in fairs abroad, with booth space subsidized in large part by Apex, than to participate in fairs in Brazil. These incentives also exist for other segments of the economy. It is one of the government agencies that has been working very well for years and deserves our applause.

Among the findings, one is that the whole world is hungry for cotton, and demand is growing all the time. The so-called White Gold can now be replaced by White Diamond.
Another noteworthy fact is that all countries want to decrease their dependence on China completely or partially at first. The reasons are obvious, besides the high cost of freight in recent years.

The Asian country is today the largest cotton producer in the world, but it is also the largest consumer.
In conversations with both Brazilian and foreign exhibitors, this is unanimous. The world is looking for new partners and suppliers, and Brazil can be the ball of the moment. It may be the beginning of a new change of axis, a historical fact, which can greatly strengthen the Brazilian industry.

It just depends on us, what are Brazilian farmers, especially those from Minas Gerais/Curvelano, waiting for to plant cotton? 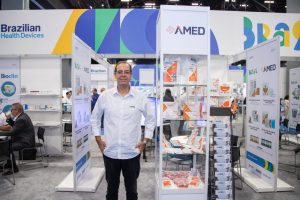 With a profitability that reaches 80% in 6 months, with free consulting, machinery, expertise, guaranteed purchase by AMED S/A, and a detail from little daddy, as @henriquemaderite, the one from the sextou baby says, @agronegociosam will be opening still in this semester a cotton processing plant, located in the former Glória Mill Farm, that is, the cotton from the Curvelo region will no longer need to go to Pirapora to be processed, thus reducing costs and becoming even more profitable.

To sum up, as they say in Minas Gerais, the train of opportunity is passing by our door, and we must get on it soon!

In the next text, I will talk a little more about AMED S/A, this company that, after visiting FIME, I am sure that if there is anything similar in the world, it is in China, but in a smaller proportion, without the same quality control and with dubious and questionable labor practices.