Tesla Delivers the World’s Biggest Battery, and Wins a Bet

Tesla Inc. Chief Executive Elon Musk may have overpromised on production of the company’s latest electric car, but he is delivering on his audacious Australian battery bet.

An enormous Tesla-built battery system—storing electricity from a new wind farm and capable of supplying 30,000 homes for more than an hour—will be powered up over the coming days, the government of South Australia state said Thursday.

Final tests are set to be followed by a street party that Mr. Musk, founder of both Tesla and rocket maker Space Exploration Technologies Corp., or SpaceX, was expected to attend.

Success would fulfill the risky pledge Mr. Musk made in March, to deliver a working system in “100 days from contract signature or it is free.”

Mr. Cannon-Brookes then brokered talks between Mr. Musk and Australian Prime Minister Malcolm Turnbull, who has faced criticism from climate groups for winding back renewable-energy policies in favor of coal.

South Australia notwithstanding, the country’s per-person greenhouse emissions are among the world’s highest.

South Australia’s government has yet to say how much the battery will cost taxpayers, although renewable-energy experts estimate it at US$50 million.

Congratulations to the Tesla crew and South Australian authorities who worked so hard to get this manufactured and installed in record time! https://t.co/M2zKXlIVn3

Tesla will get the system installed and working 100 days from contract signature or it is free. That serious enough for you?

“An enormous amount of work has gone into delivering this project in such a short time,” state Premier Jay Weatherill said Thursday, calling the system a clear message that South Australia will be a leader in renewable energy.

Mr. Musk tweeted, “Congratulations to the Tesla crew and South Australian authorities who worked so hard to get this manufactured and installed in record time!”

The battery will provide backup power through its evaluation over coming weeks, Mr. Weatherill said, but the real test will come with the Australian summer, between December and March, when temperatures regularly soar above 100 degrees Fahrenheit.

Mr. Weatherill’s government tapped Tesla in July, after a tender to build a large-scale storage system connected to the 33 million Australian dollar Hornsdale wind farm, being built by French company Neoen along low hills forming the southern tail of the Flinders Ranges. 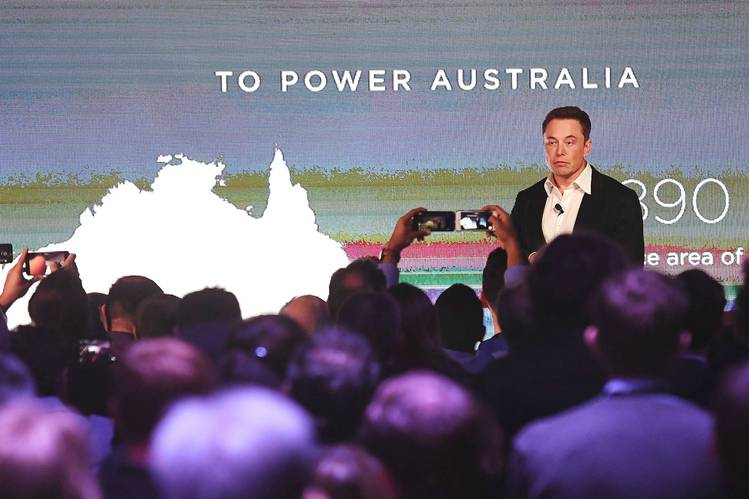 Solar and wind produce about 40% of South Australia’s electricity, and last summer’s costly outages fueled a debate also familiar in the U.S. and Europe.

The question: Are renewable sources ready to replace fossil fuels like coal and gas?

Energy storage, while in its global infancy, is meant to solve the variability problem of wind and solar, banking power for times of calm air or cloudy skies.

Cumulative capacity of lithium-ion storage around the world is set to hit 1.1 gigawatts this year, according to the Australian Renewable Energy Agency, up from 0.2 gigawatts in 2010. A gigawatt is 1,000 megawatts.

Investment in electric vehicles by Tesla and others has helped lower battery costs and spread storage grids, including to the walls of homes.

Mr. Musk, who test-marketed Tesla’s residential Powerwall system in Australia and in Hawaii, has predicted lithium-ion battery costs will plummet by the end of the decade.

Work at the Australian battery site has been cloaked in secrecy, but local people said that by the time Tesla signed the contract on Sept. 29—starting the 100-day clock—preparations were already well advanced.

At the Jamestown Commercial Hotel, which helped cater the project’s launch party in September, manager Kerry Hodge said he’d previously had “no idea of who Mr. Musk was.” 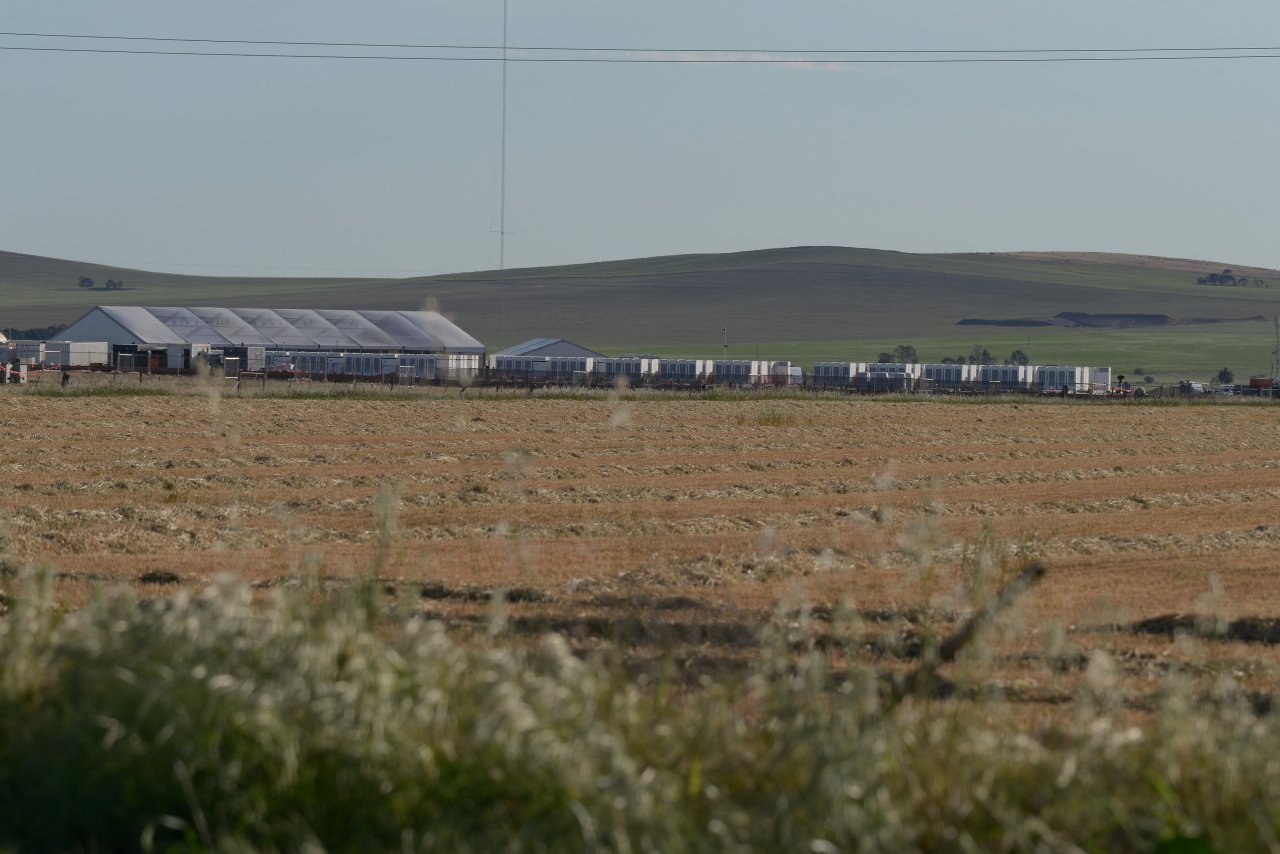 “They tried to get me to put in an electric charger for all these electric cars that he said were going to come from China in coming years.

But I don’t really believe him,” he said. “We’ve just put in our own diesel generator to keep the power on.”

This article was originally published by wsj.com