The second edition of the digital marketing conference, AllWeb is coming in back in Tirana, Albania this October.

It’s the second year that AllWeb hosts the best speakers from around the world to point out the ever-changing environment in digital marketing.

The sole event of this kind in Albania will be organized on October 12th in Tirana Business Park, Tirana.

More than 200 participants are expected this year, among which marketing managers, marketing and PR agency’s representatives, c-level executives, entrepreneurs, and even students.

The concept is to have lots of short but extremely useful presentations accompanied by Q&A session and a panel with an in-depth discussion on topics related to the local market. Announced speakers include:

Ketan Makwana is a renowned international & TEDx Speaker, serial entrepreneur and mentor have started, scaled a sold multiple businesses in the last 7 years.

In a response to the emerging skills gap between education to employment and enterprise, Ketan launched Enterprise Lab which has evolved into a disruptive agency supporting Mindset, Attitude & Behaviour development serving over 100,000 people a year across the world. 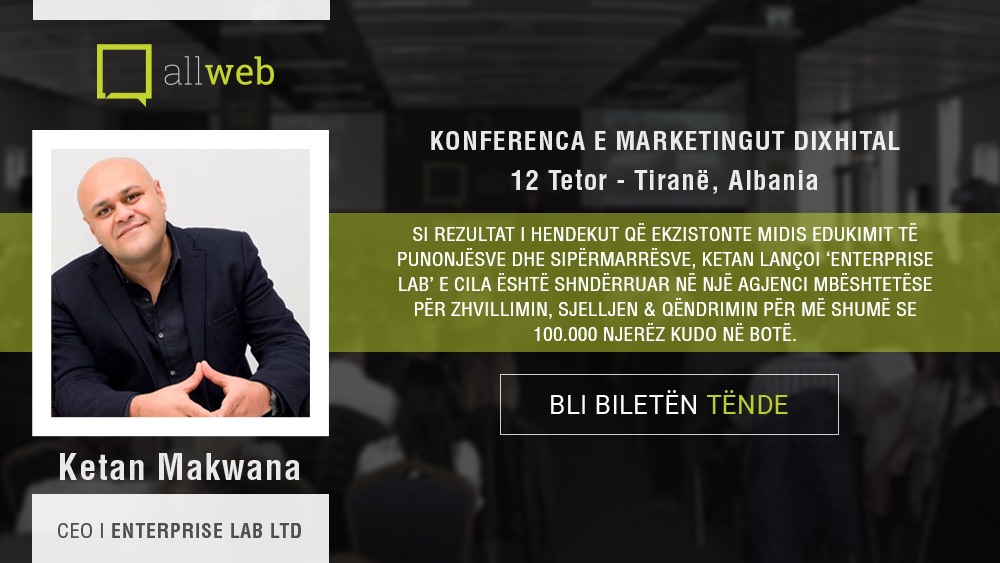 In 2012 Ketan founded and delivered Youth Enterprise Live backed by the Prime Minister and the UK’s largest event focused on Education, Employment and Enterprise for 15-30-year-olds leading on from this took a position as Special Advisor to the Prime Minister on Youth Policy; other work includes being part of the E20 Summit (20 entrepreneurs from the UK working on the missing millions), has a seat in European Parliament & Commission working on the 2020 strategy for enterprise and employment.

Ketan is an advisor to UK Government on youth and enterprise policies, works with International Governments & Ministries on Enterprise Eco-System Development and sits on many advisory boards and panels including MIT and British Council and an ambassador of UKTI and Foreign & Commonwealth Offices related to Enterprise development in countries across the globe.

Ivan is the founder and editor of Netokracija who started his tech-journalistic career writing for TechCrunch and various Crotian tech/business magazines but also advising companies like Microsoft and Kolektiva on their internet presence.

Forbes has called him “The internet aristocrat” in its special “Generation 2013” issue. Ivan has also been a startup mentor and advisor at Hubraum, Seedcamp, Eleven, Shift Split, How to Web and others, as well as being the director of Netokracija’s own RockPaperStartups and OMGcommerce conferences. Ivan is a member of the new media commission of the Croatian Olympic Committee. 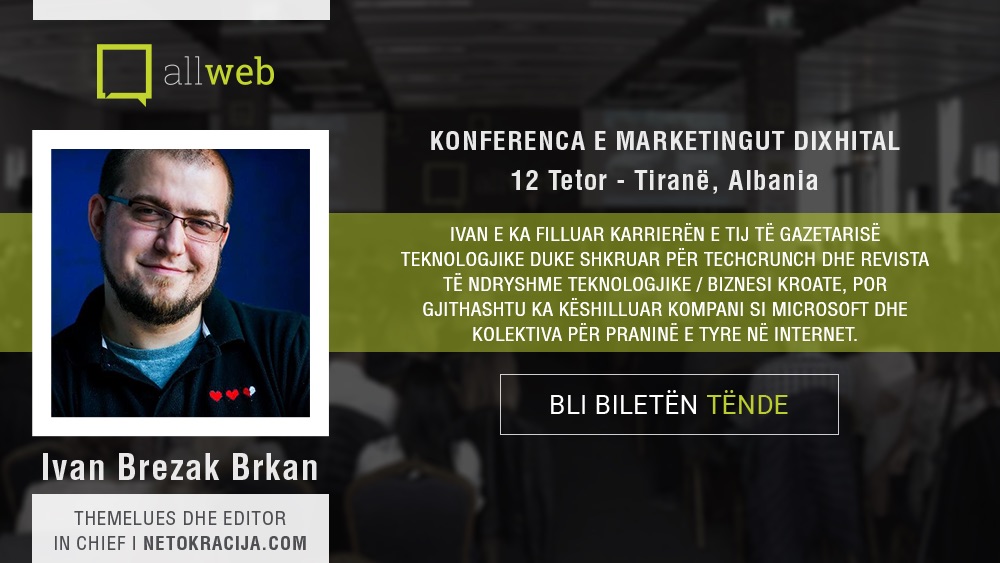 Ivan is a digital native and digital content entrepreneur in love with how digital technology is impacting our the society and its development, especially when it comes to business, startups, and digital identity. The only thing he loves more is creating content about digital experiences.

At AllWeb he is going to talk about content marketing, sharing very important personal experiences for different types of brands and industries.

Szanto is a USC Trojan and the founder of SpringTab.com and Szanto.co. He loves great experiences! ‘Specializing’ in pursuing the things that interest him, he helps companies like Time-Warner, L’Oreal, OTP, Fashion Street and TripTrotting in digital business development to grow their revenue.

Peter gave a TEDxYouth Talk – a lifelong bucket list dream. The leading Hungarian TV channel, RTL Klub featured him as host of the first StartUp and Social Media show, he is a regular speaker at Kürt Academy, Internet Hungary, and mentor at Mentorship.

He was recognized as a 30 under the age of 30 by Forbes Magazine Hungarian edition, nominated to Entrepreneurs’ Role Model Award 2015.

One of Peter’s projects has also been awarded Mastercard’s Mobile Banking App of the Year Award with the OTP SmartBank, where he was responsible for Customer Development and UX. Currently he is working using smart productivity hacks to personalize the Internet.

The title of his AllWeb talk is: Every website should be unique to everyone.