[dropcap]O[/dropcap]ccupying a corner spot next to Interstate 4, the 28-story project has been renamed Church Street Plaza. In planning stages for the last three years, it was called Tremont Tower or Tremont Plaza.

The building will also have its own SunRail Station.

New office buildings were built in 2010 in the downtown area, but those were not significant additions to the skyline.

Although Church Street Plaza will have office space at the top, about half the building is dedicated to a hotel.

The hotel flag has switched several times in planning, from Hyatt to Marriott’s AC Hotel brand.

That’s the company that owns the property and the entire south side of Church Street Station now, allowing coordination between the hotel and big events at venues like the Cheyenne Saloon and Orchid Garden space.

Lincoln’s subsidiary, Church Street Phase 1, got $74.8 million in financing on the project, according to a mortgage recorded last month, from Vancouver-based Trez Forman Capital. 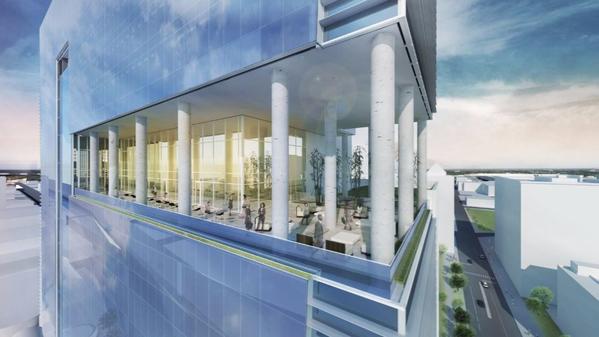 The downtown market has been lacking in new Class A office space with open floor plans. The new construction comes after rents have risen gradually since the recession in the Orlando market, with current vacancy nearing only 10 percent, according to research from real estate firm Jones Lang Lasalle.

“It would take a major corporate commitment to get the next building going,” he said.

He said the addition of more residents downtown does help to attract more corporations.

“We have a number of companies that were on the fringes of downtown and are now moving in, because their workforce wants to live downtown,” Gilbert said.

He said a new building needs get $36 to $38 per square foot, if it was only office space.

“You also need to get a bank to invest in that. That’s a pretty high hurdle,” Gilbert said.

The project general contractor is Austin Commercial LP, and the project designer is Hunton Brady Architects PA. Lincoln, Austin and Hunton Brady are all expected to move into the building.