Brazil is the only major cotton producer in the world that can double its exports in a sustainable way, with increased productivity and total fiber traceability.  The findings came from the 13th Brazilian Cotton Congress, an event promoted by ABRAPA (Brazilian Association of Cotton Producers), held last year. 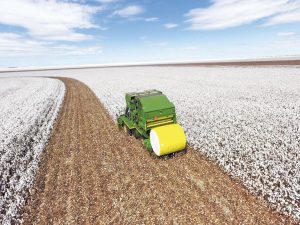 A total of 2,500 people participated, among producers, consumers, academics, technicians, consultants, representatives of the textile industry, governments and those interested in the subject. The Congress was held in the city of Salvador, in the state of Bahia, which is today, along with Mato Grosso and Minas Gerais, one of the largest Brazilian producers. The Brazilian harvest 22/23 started in November and with the abundant rainfall that has been occurring this season, the expectation is great for the harvest that takes place between May and June. 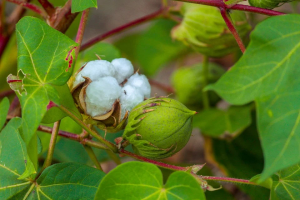 In 2021, the country exported 2.1 million tons of cotton and cotton textiles – which represents a small portion – for US$ 3.7 billion, according to AGROSTAT (Brazilian Agribusiness Foreign Trade Statistics), organized by MAPA (Ministry of Agriculture and Livestock).

Today Brazil is the fourth largest producer of the fiber in the world, behind China, India and the United States, but each year the Brazilian production has been breaking records. The forecast, according to the organizers, is that by 2030 the Latin American country will become the world’s largest producer and exporter.

Another differential of Brazilian cotton is its commitment to sustainability. About 84% of the Brazilian production is certified by the ABR protocol, a kind of rural environmental, social and governance (ESG) strategy, which guarantees the observance of the local labor and environmental legislation, in addition to good agricultural practices and rational use of inputs. Currently, more than 70% of Brazil’s cotton production is exported, 95% of which goes to Asia.